In response to the delusional UNESCO vote on Hebron, Prime Minister Netanyahu has decided to cut one million dollars it would have transferred to the UN and designated for UNESCO, and will instead be using that money for projects in Hebron.

The money will go to establish the “The Museum of Heritage of the Jewish People in Hebron and Kiryat Arba.”


Additional money will go to other projects in Hebron and Kiryat Arba.

Text of the Prime Minister’s Statement:

(Communicated by the Prime Minister’s Media Adviser)
Following the resolution passed by the UNESCO World Heritage Committee regarding the Tomb of the Patriarchs, Prime Minister Benjamin Netanyahu, today (Friday, 7 July 2017), decided to cut an additional $1 million from the membership funds that Israel pays to the UN and to transfer it to the establishment of “The Museum of the Heritage of the Jewish People in Kiryat Arba and Hebron” and to additional heritage projects related to Hebron. Against UNESCO’s denial of the past, Prime Minister Netanyahu is determined to present to the entire world the historic truth and the Jewish People’s deep connection – of thousands of years – to Hebron 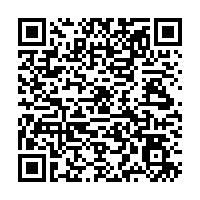