United Nations Secretary-General Antonio Guterres warned Monday in New York that the world is facing “a nuclear danger not seen since the height of the Cold War.”

Guterres issued the alert as he opened the 10th review conference of the nuclear Non-Proliferation Treaty (NPT), the international treaty signed in 1970 to prevent the spread of nuclear weapons.


Israel is not a party to the Nuclear Non-Proliferation Treaty, which currently has 191 member nations, nor is India, South Sudan or Pakistan.

Iran signed the treaty as a non-nuclear state in 1968 and ratified it two years later, while the country was still a US ally, ruled by Shah Reza Pahlavi.

“We have been extraordinarily lucky so far,” he said. “But luck is not a strategy, nor is it a shield from geopolitical tensions boiling over into nuclear conflict.”

At present, he said, “Humanity is just one misunderstanding, one miscalculation away from nuclear annihilation.”

Guterres urged the global community to “put humanity on a new path towards a world free of nuclear weapons,” warning that “eliminating nuclear weapons is the only guarantee they will never be used.”

The UN chief said that almost 13,000 nuclear weapons are currently held in arsenals around the world. “All this at a time when the risks of proliferation are growing and guardrails to prevent escalation are weakening,” he said.

The remark appeared to be an oblique reference to the continuing intense efforts by the Islamic Republic of Iran and the Democratic People’s Republic of Korea – North Korea – to accelerate their nuclear development programs towards completing atomic weapons.

US Secretary of State Antony Blinken had similar comments at a press availability held late Monday on the sidelines of the conference.

US Concerned About Iran, North Korea ‘And Now Russia’
Speaking to reporters in New York, Blinken said this is a “critical moment” for the NPT, one he described as “challenging” because “different parts of this regime are under challenge.”

Blinken said the challenge is seen “particularly in the area of nonproliferation when we have challenges being posed by Iran, by North Korea, and now in different ways, by Russia.”

“There are credible reports, including in the media today, that Russia is using this plant as the equivalent of a human shield, but a nuclear shield in the sense that it’s firing on Ukrainian from around the plant. And of course, the Ukrainians cannot and will not fire back, lest there be a terrible accident involving a nuclear plant. So this is the height of irresponsibility,” he charged.

“It’s vitally important that the IAEA get access to understand what’s happening in these facilities and to make sure that they continue to be used in ways that uphold all of the necessary commitments on safety and security at the plants,” he added. 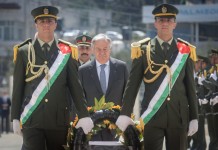 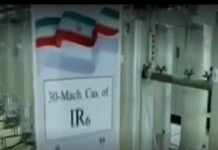 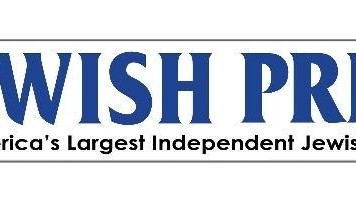 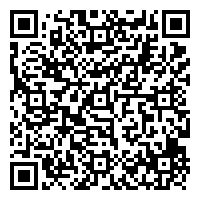