The new head of Israel’s Atomic Energy Commission (AEC) took office on Monday, as the 191 member states of the Nuclear Non-Proliferation Treaty gathered in New York for the first time since the start of the coronavirus pandemic.


Snir was succeeded by incoming AEC Director Brigadier General (ret.) Moshe Edri, who spent the past 11 years in senior positions in the security establishment and served 31 years in the IDF.

“These ‘other capabilities’ keep us alive and will keep us alive so long as we and our children are here,” Lapid continued, adding, “The fate of the people of Israel is in the right hands.”

Five hundred of the new centrifuges are IR6 machines. They will be operational “within 10 to 15 days” in a move Kamalvandi said was part of a strategic law aimed at removing anti-Iran sanctions and “safeguarding the interests of the Iranian nation,” the semi-official Islamic Republic News Agency (IRNA) reported.

The announcement followed a statement by the US Department of Treasury detailing a list of sanctions against companies used by Iran’s Persian Gulf Petrochemical Industry Commercial Company to sell tens of millions of dollars’ worth of Iranian petroleum and petrochemical products to East Asia.

“The United States continues to pursue the path of diplomacy to achieve a mutual return to full implementation of the Joint Comprehensive Plan of Action,” said Under Secretary of the Treasury for Terrorism and Financial Intelligence Brian E. Nelson. “Until such time as Iran is ready to return to full implementation of its commitments, we will continue to enforce sanctions on the illicit sale of Iranian petroleum and petrochemicals.”

The head of Iran’s Atomic Energy Organization, Mohammad Eslami, had said earlier Monday that Iran now has the technical capability to produce an atomic bomb, but “such a program is not on the agenda”, the semi-official FARS news agency reported.

However, Iran has already produced dozens of kilograms of uranium enriched to 60 percent purity – just a quick hop from the 90 percent purity necessary to produce a nuclear bomb.

United Nations Secretary-General Antonio Guterres warned earlier in the day at the 10th review conference of the NPT that the world is facing “a nuclear danger not seen since the height of the Cold War… We have been extraordinarily lucky so far. But luck is not a strategy, nor is it a shield from geopolitical tensions boiling over into nuclear conflict,” he said.

“Humanity is just one misunderstanding, one miscalculation away from nuclear annihilation,” Guterres added.

“One year ago, we made a series of decisions, the goal of which was to sharpen our preparedness to deal with the Iranian nuclear issue,” Bennett said.

“The Iranians are making progress, but Israel has been working at full capacity over the past year.

“I know that you will continue to work regardless of the political turmoil in the country,” he added. “Our future and our security for generations, depend on it.” 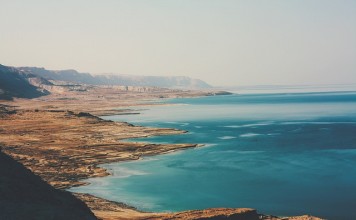 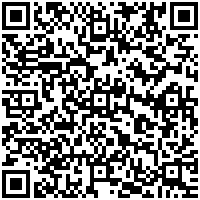