Jenin District Governor Kadura Musa died Tuesday night of a heart attack after attackers opened fire on his home, according to a report by Haaretz.

A hail of bullets rained down on Musa’s home Tuesday night by a number of attackers positioned outside his home.  Guards returned fire, and Musa himself came out and shot a weapon in the air.


Later, he complained of feeling unwell, was taken to the hospital, and subsequently died.

The attackers are believed to be members of the family of a Palestinian man killed by Palestinian police on April 15 after failing to turn himself in.  The family had threatened to take revenge.

Musa was believed to be a stabilizing force in Jenin, according to Haaretz, but participated in the January 2011 awarding of a presidential prize from Fatah leader Mahmoud Abbas to the family of a terrorist who was killed trying to murder IDF soldiers.

Jenin is known for being a hotbed of terrorist activity prior to the Second Intifada.  A military operation in the first 11 days of April 2002 to root out terrorists resulted in a major battle between Israelis and Arabs in the city.  Arab booby traps and use of residents as human shields resulted in IDF soldiers endangering themselves in order to protect Arab civilians, and caused the IDF to sustain heavy casualties.

When the battle was over, 23 IDF soldiers and 52 people from Jenin, primarily militiamen, had been killed.  International condemnation of Israel poured in, leading to a UN investigation. 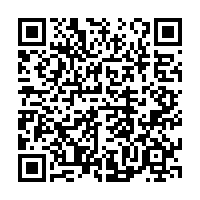