The Ha’aretz Twitter account was compromised on Tuesday by Palestinian surfers, who used it to publish anti-Israel tweets and condemnations of the “Palfour Declaration” (sic). The historic reference was to the Balfour Declaration, promising the Jews a homeland in Palestine, but the Arab hackers, self conscious of the typical Arabic speakers’ difficulty in pronouncing the P sound (Nablus is Arabic for Naples), spelled the First Earl of Balfour’s last name as “Palfour,” because they figured they had it wrong.

The P-challenged hackers tweeted in broken Hebrew: “The betrayal of Palfour will not be repeated and you will pay dearly for the Palfour Declaration.” They added several more seriously broken Hebrew tweets, which look hysterical to an Israeli reader, then uploaded a picture of an Israeli soldier running away.


Other than the low quality of the language, the Ha’aretz message wasn’t altered all that much, then.

The Ha’aretz folks treated the hack with good humor and posted on the Facebook page: “The Palfour Treason/Declaration? Come on…” which could mean they didn’t get the cross-cultural joke.

They added: “Someone took over our Twitter, but the eternal nation remains unafraid. We will respond at the right time and the right place.” The post imitated the response style of countless IDF generals and defense ministers to Arab attacks.

The Ha’aretz crew posted a link in the message, to an article published in the paper in January 2012, when it was hacked and the hacker, and Arab, later apologized and promised not to do it again. That one continues to be hilarious, and should be filed with the one about the fact that during the big rocket attack on Tel Aviv, the safest place to hide would be the Ha’aretz building. 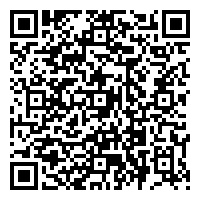