Researchers at Samson Assuta Ashdod University Hospital have discovered that COVID-19 can be transmitted from infected pregnant mothers to their unborn babies via the placenta.

The findings of the study, led by Prof. Eran Barzilay, head of the Obstetric and Gynecological Ultrasound Unit at Assuta, have been accepted for publication by the International Journal of Gynecology and Obstetrics.


A higher level of the virus was discovered in the fetus in some cases of stillbirth, than even the level in the mother.

The researchers identified four female patients at Assuta whose fetuses had died at the same time they were diagnosed with COVID-19, then ran pathological tests on the placentas as well as PCR tests of the mothers, fetuses and placentas.

None of the four women were vaccinated.

The researchers found the virus caused extensive damage to the placental tissue.

“There are several viruses that can cause infection of the fetus when the mother is infected,” the professor said, according to The Jerusalem Post.

“But we have never seen this kind of damage to the placenta from a virus. It seems to be something specific to corona… even if the mother had very mild disease and mild symptoms and her PCR test was positive but showed low levels of viral infection, the placenta had a high viral load.

“We can say that infection did cause fetal death and that the death was caused directly by the placenta,” he said. 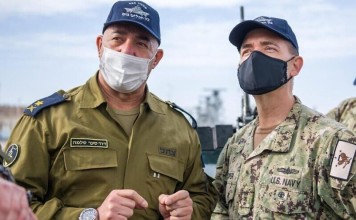