Some Israelis are beginning to report (expected) side effects after having received the second dose of vaccine against the COVID-19 virus.

Those who have so far received only the first dose are reporting far fewer side effects.


One of those who was vaccinated with a second dose said he “felt numbness in my fingers.”

Moran, 37, from the Jerusalem area, is a mother of two who works at a hospital. This morning she received the second dose of vaccine and then felt an unusual side effect.

“Two hours after I received the second dose of vaccine for Corona, I felt my sense of taste was impaired,” Moran told Israel’s Hebrew-language Channel N12 TV News.

“Everything tastes like perfume or ginger. I believe it will pass in a few days but I did not think it would happen. After I received the first dose of vaccine I had no side effects.”

A medical intern at one of the hospitals in the center of the country also described the side effects he experienced: “Two hours after the second vaccine, my arm hurt five times more than it did with the first vaccine. There is a slight headache, but I do not know whether it can be attributed to the vaccine. Also pain in the fingers and a feeling of weakness.”

Why are there more side effects in the second dose?

Professor Ronit Calderon-Margalit from the School of Public Health at the Hebrew University and Hadassah Medical Center explained that according to Pfizer, which has produced the vaccine, after receiving the second dose, the side effects increase.

“The research done by Pfizer shows that the incidence of local side effects increases greatly after receiving the second dose of vaccine,” she said. “These are symptoms such as fever, fatigue, weakness, chills and muscle aches which are found in more than 50 percent of recipients of the second vaccine.

“These are expected phenomena that should go away within a day or two on their own and there is nothing to fear from them,” Calderon-Margalit added.

“It is not recommended to give up the second dose of the vaccine – because it increases the effectiveness to 95 percent. These effects are nothing compared to the disease itself.”

Here’s how it works:
The body’s immune system needs to label the vaccine as a foreign protein which comes from the virtual virus.

Amir Arguati, a doctoral student at the Technion’s Faculty of Biology from Prof. Yael Mendel-Gutfreund’s laboratory, explained, “Through the vaccine, a foreign factor is introduced into the coronavirus. The body’s immune system labels that vaccine as a foreign entity; as soon as the cells ‘think’ a virus has entered them, they activate the immune system to destroy it.

After receiving the first dose of the vaccine, an ‘immune memory’ is created which is expressed in the formation of T cells that identify the virus. But this is also accompanied by side effects.

The arrival of such an amount of cells can be accompanied by redness, swelling and pain in the injection area. Activating the cells causes muscle pain and fever. These are unpleasant effects but because there is no actual virus that penetrates the body – it ends quickly and avoids the disease.

“Once the cell recognizes the virus it produces immune system cells that stay for a long time, so the next time the virus enters the body they will respond to it through the T cells and fight it,” Arguati added.

“It’s a slow process that takes time, but once we get the second dose of vaccine, the cells already recognize it as the ‘virus’ and therefore trigger a stronger response with more cells – which creates the immune response, but can also cause fever, weakness and muscle aches.”

Out of the hundreds of thousands of Israelis vaccinated to date, a total of 652 people who were vaccinated have reported side effects to the Ministry of Health; most were mild and not unusual. 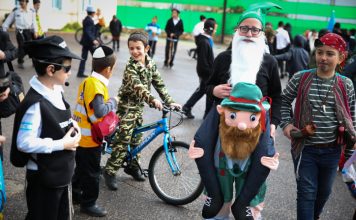 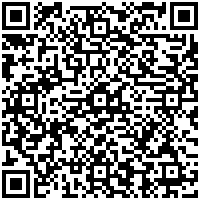