Prof. Eran Segal of the Weizmann Institute tweeted Thursday about the rate of decline in the coefficient of the coronavirus infection in Israel, saying that “the coefficient of infection 0.68 actually represents a weekly decrease of about 50% in cases.” In other words, if this decline continues in Israel, then according to Prof. Segal’s analysis, by Passover, the country will continue to see a significant drop in the rate of infection.

According to the health ministry’s data, on Wednesday there were 1,496 new verified Corona patients, based on 78,854 test results. As of Thursday morning, there 579 Corona patients in serious condition, of whom 196 are on respirators. A total of 6,062 people died in the pandemic.


On the bright side: 5,158,059 have received their first dose of vaccination, 4,421,370 their second. It suggests that by Passover or there about Israel will have reached a 57% immunity, which is close to the 70%, give or take 5 percent, needed to establish herd immunity to COVID-19. Close to 3 million Israeli children who are under 16 years of age will be immunized as soon as the vaccine companies come up with a product that’s safe for them – at which point Israel would get the rest of the job done in under a month, one expects.

Prof. Segal noted that the decline in infections continues “even though the Israeli economy is almost completely open.” According to him, the Israeli vaccine system has been very successful: “People 60 and older who were first vaccinated since the peak in mid-January are seeing 86% fewer cases, 73% fewer critically ill patients, and 91% fewer deaths. These decreases include all age groups.”

An IDF Intelligence report released Thursday morning states that the risk from COVID-19 variants requires an effort to prevent them from entering the country from overseas. According to the report, an experiment conducted in South Africa found that the British Asteraceae vaccine is ineffective in preventing the symptomatic disease caused by the South African strain.

Meanwhile, the World Health Organization announced Wednesday that it believes the benefits of the vaccine produced by AstraZeneca vaccine, a British-Swedish multinational pharmaceutical, and biotechnology company with its headquarters in Cambridge, England, outweigh its risks. The director of the WHO vaccines department, Kate O’Brien, said in a statement that she is still examining the concerns about the vaccine, but recommends continuing to use it. “Currently, the World Health Organization is assuming that the benefits of the AstraZeneca vaccine outweigh the risks. We recommend continuing with the vaccines,” O’Brien said.

She also said that WHO continues to test whether the blood clots found in AstraZeneca-vaccinated people are related to the vaccine itself.

The announcement comes after in recent days some 20 European countries have announced the suspension of the AstraZeneca vaccination.

The authors of the IDF Intelligence report warn that the South African experiment’s findings illustrate the risk inherent in the development of variants of the coronavirus. At the same time, they note that at this stage it is estimated that Pfizer’s vaccine’s efficacy against the South African strain will be maintained, at least in preventing serious illness.

The Military Intelligence report states that controlling entry into Israel and a joint effort of testing, isolation and responsible behavior will help reduce the risk.

Enter the High Court of Justice, which announced on Wednesday that it does not approve the extension of aviation restrictions, that is the quota of 3,000 passengers a day imposed by the ministries of health and transportation, coupled with the requirement to obtain approval from the Exceptions Committee for those who are not vaccinated or recovering.

The safety regulations will expire on March 20, and according to the decision of the President of the Supreme Court, Justice Esther Hayut, they will not be extended, “unless the state presents a compelling, comprehensive, and up-to-date factual infrastructure and ensures that they pass constitutional tests.”

“Even in times of severe crisis such as a global epidemic, human rights and civil rights do not go underground,” proclaimed the honorable Justice, presumably with the shmata of justice over her eyes, in response to a series of petitions against the state—alleging a violation of basic right to travel, dead or alive.

Deputy Health Minister Yoav Kish said in a Reshet Bet interview Thursday morning: “The High Court was wrong. It is a dangerous ruling that can severely impair our tremendous success. The High Court enters an area it doesn’t understand. Their consideration is unrealistic – the ruling originated in an error and the meaning of it is that the High Court will be responsible [for a crisis]. In large numbers, the challenge will be significant.”

Minister Kish was being polite. 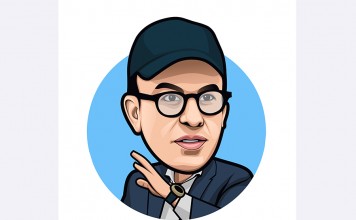 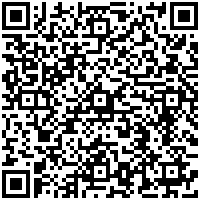