The Israeli edition of the prestigious Forbes Magazine recently published its annual “Best Doctors in Israel” edition, which revealed that 188 specialists from Sheba Medical Center (Tel Hashomer) in Ramat Gan were considered to be the “Best..” in their fields of endeavor.

This is a record-breaking figure and achievement for Sheba’s medical staff when you consider the fact that these 188 doctors represent 40% of the country’s top medical professionals across more than 30 different categories highlighted in Forbes Israel’s “Best Doctors” edition. Sheba Medical Center’s doctors currently treat over 1.5 million people on annual basis, making it the busiest hospital not just in Israel, but in the Middle East region as a whole!


Among the Sheba Medical Center doctors mentioned in the survey are:

*David Mishaly, who heads the Pediatric and Congenital Heart Surgery unit at the Safra Children’s Hospital is considered to be a global trailblazer in treating children from all over the world-Israelis, Kurds (from Iraq), Palestinian Authority, Syrian, Nigerians, almost all of whom would have died without emergency heart surgery.

*Gili Kenet, a renowned hematologist who has received accolades from her colleagues around the world for being on the front lines of finding a cure for hemophilia, the dreaded blood disease.

*Amos Toren, another top notch hematologist who is working in tandem with an elite team of oncologists to treat and find cures for blood cancers such as leukemia.

*Tzipi Strauss, who helms the Maternity Center, is using a variety of simple, as well as newfangled “social media” methods to educate the parents of premature babies, in the art and importance of human contact from the moment of birth.

*Ehud Grossman, who is considered by his peers to be a world class expert in Internal Medicine-Hypertension, is deeply involved in changing the way his patients live on a daily basis, in order to stave off potentially fatal maladies such as heart disease and diabetes.

This is the fifth time that Forbes Israel has printed its annual “Best Doctors in Israel” edition. It is unique, because not only did thousands of doctors take part in the survey, but to maintain objectivity the doctors must select peers from other medical institutions and in departments different from their own – for fear of totally distorting the results. The 2018 results follow a similar pattern to the 2017 Forbes Israel list, in which one-fifth of the 873 selected doctors came from Sheba Medical Center. It is a testament to both the doctors and the institution that it is thought of so highly among others in the medical profession.

“We are extremely proud of our doctors and their accomplishments,” said Professor Yitzhak Kreiss, Director General of Sheba Medical Center, “as Sheba continues to offer the best medical care to both the citizens of Israel and patients who come to us from around the world.” 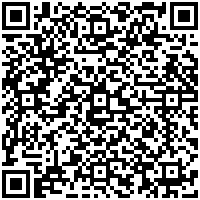