The order follows a severe escalation in deadly Arab terrorist attacks on Jews in the region.


On Monday morning, a pregnant woman in her 30s was stabbed by an Arab terrorist in the eastern Gush Etzion town of Tekoa while she was busy working in a clothing warehouse.

The woman, who was seriously wounded, was rushed to Shaare Zedek Medical Center in Jerusalem.

Early Sunday evening, an Arab construction worker employed in the Jewish community of Otniel, in the south Hebron Hills, entered a home in the community and viciously stabbed a young mother to death.

Daphna Meir, z’l, was laid to rest Monday morning in the Har HaMenuchot cemetery in Jerusalem’s Givat Shaul neighborhood after a funeral that began in Otniel.

As drastic as the ban may sound, it is unlikely to last very long.

This is not the first time the IDF has imposed such measures on Arab workers in Jewish communities in Judea and Samaria.

Last July (2015) the IDF issued a region-wide ban out of concern that some Arab employees might take revenge on their Jewish coworkers or employers over the arson murder attack on a family in the Arab village of Duma.

A similar ban on Arab workers in the region was also ordered in November 2015: that edict was issued after 21-year-old Hadar Buchris was stabbed to death in an attack at the Gush Etzion junction.

The attack on Buchris had been the third attack of the day in the region, and the second at the junction in four days – but the ban was temporary, as is obvious by the fact that Daphna Meir, z’l, was laid to rest today. 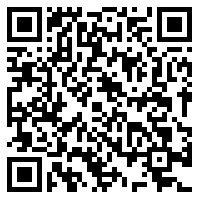