The IDF is planning to offer career officers who agree to move to the Negev grants of $18,000 to an individual officer, $52,000 to an officer with a family – as part of the relocation of intelligence and communications bases from the Tel Aviv area and elsewhere in Israel’s center to the south, the Knesset State Control Committee heard on Monday.

“It is important to check the [relocation] process as it is being carried out and not lament the failures in retrospect,” said Committee chairwoman MK Karin Elharrar (Yesh Atid). “This is a welcome and decisive measure which is expected to bring economic and social growth to [the south], but we must prepare for the absorption of career soldiers and their families as far as housing and educational, health and transportation infrastructures are concerned.”


“The direction is positive, but the urgent decisions – which must be reached through cooperation between all of the government ministries – are necessary so as not to delay the move,” she added.

The defense establishment’s comptroller, Brigadier-General (res.) Yossi Beinhorn, said the relocation of bases to the Negev is of “national importance to all the systems in south Israel,” and noted that the Treasury has yet to approve the transfer of funds earmarked for the relocation of the bases and for supporting families of career soldiers who will move to the Negev. Some $5 billion have been designated for the transfer of the IDF intelligence and communications bases, and another $800 million have been designated to support career soldiers’ families. The fact that the transfer of these funds has yet to be approved “has created uncertainty in these promises, and the work on some of the necessary transportation infrastructure has yet to begin because the budget has yet to be determined,” Beinhorn told the committee.

Hezi Meshita of the Southern Relocation Administration in the Ministry of Defense said that the budget for the entire project has been approved by the Treasury. He said the $52,000 grant will be given to families of career soldiers who will reside in the Negev for at least five years.

Meshita urged the government ministries to prepare hundreds of housing units that will be rented out to soldiers during the relocation of the army bases.

MK Meir Cohen (Yesh Atid), a resident of Dimona, in Israel’s “deep south,” charged that “the relocation of the IDF is not awakening the Negev. Career soldiers were given homes in Omer for less than $250,000, when the actual price of a house there is more than $750,000, but the soldiers continue to live in central Israel and rent out their homes in Omer. Not one career soldier has relocated to Dimona, Ofakim, Yeruham or Be’er Sheva.”

MK Eyal Ben-Reuven (Zionist Camp) argued that with the current railroad infrastructure, career soldiers can easily serve in the Negev while continuing to reside in Tel Aviv or Rishon Letzion. 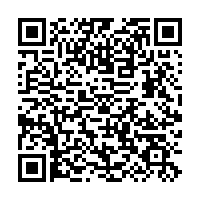