Melanie Phillips, the brilliantly acerbic British commentator, published a book a few years ago titled, “Londonistan.”  Phillips was aghast at what she saw as the increasing Islamization of her home city, as well as its warm embrace by the British elites, and the short shrift given to the connection between Islamization and terrorism.  Her book was an effort to warn those who were not paying attention that the British character of London was changing.  It was not becoming more international, but instead simply more Islamist.  It was not a change she saw as positive.

Some critics claimed Phillips was being an alarmist, others tarred her with the very worst thing anyone can be called these days: a racist.


But it does appear that what would have been derided as racist parody had Phillips written it, the schoolgirl excitement exuded by London’s political leadership in expressing London’s global role as an Islamic finance hub prove Phillips’ warnings in spades.

On Wednesday, July 3, London’s Mayor Boris Johnson announced at a press conference in London’s City Hall that his city will be the first non-Muslim city to host the annual World Islamic Economic Forum.  It will be held in October, at London’s Excel Centre. Johnson was joined at the press conference by the prime minister of Malaysia, Dato Sri Mohd Najib Tun Abdul Razak (yes, all that is his name), WIEF Chairman Tun Musa Hitam, and England’s Minister for Trade and Investment Lord Stephen Green.

The WIEF has been previously held in Malaysia, Kazakhstan, Indonesia, Kuwait, and Pakistan.

“It is an immense honor that the World Islamic Economic Forum has chosen London for its first gathering outside of Asia, said London’s Mayor Johnson.  Hosting this conference will highlight London’s “status as a major center of Islamic finance and as a compelling destination for foreign investors.”

London and Partners, the British capital’s official promotional agency, worked hard to convince the WIEF to bring the 2013 event to London. Gordon Innes, the company’s chief executive officer, said that London “has a huge Muslim population” and emphasized that “London hosts the most significant Islamic finance cluster outside of Muslim countries.  London is really the only center in the west that has such depth and expertise  in this field.”

Innes said that Islamic finance is growing at “about the rate of 25 percent per year,” which makes it “the fasting growing part of London’s local finance.”

There are 22 Shariah compliant banks in London and Saudi Arabia is the second largest foreign investor in the UK after the US.

“Islamic finance” and “Shariah compliant banking” means that financial institutions are run in compliance with Islamic law.  Some aspects of Islamic finance do not seem threatening.  For example, in Shariah-compliant banking, lenders may not charge interest and investors cannot make money from forbidden industries like gambling, alcohol, pork and pornography.

But Islamic financing also  requires a form of “tithing” for charity, known as “zakat,” and only Muslim clerics are permitted to rule on where that money goes.  Some claim it may be used to finance terrorism (jihad) or to forcibly promote conversion to Islam.

London and Company’s Innes also cited the example of the Shard, London’s 72-story skyscraper and the tallest building in the European Union, which is largely financed and run by Qatar’s sovereign wealth fund.

“Kuwait is allocating 5 billion dollars to investments in the UK,” Innes said, “and a number of Islamic countries from the Gulf to East Asia to Turkey, etc. find tremendous opportunities in London in terms of growth and exports.”

The World Islamic Economic Forum will be held from October 29 – 31.

Here is Phillips, talking about England’s refusal to recognize that London has, in fact, become Londonistan. 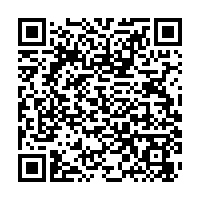