Israel Military Industries has unveiled a new 5.56mm bullet, dubbed the “Razor Core” cartridge, which has a range of up to 2,000 feet and is tailor made for Special Forces snipers.

The company’s Small Caliber Ammunition Division said the new cartridge is designed for use with a wide range of standard 1:7 barrel twist rifles and has a trajectory match similar to standard ammunition without requiring zeroing of the weapon.


It can be used both on the long-barrel M-16 rifle and the short-barrel M4, Israel Defense reported.

“Special Forces have been waiting a long time for this kind of cartridge”, said IMI Vice President and Managing Director of the Small Caliber Ammunition Division, Israel Shmilovitz.

He added that the new development will be in demand by special forces worldwide. “The Razor Core provides outstanding performance, while remaining at a very competitive price,” he said. “The cartridge is now in production. The combat proven 5.56mm Razor Core is designed for use by military and law-enforcement forces, yet its accuracy and affordability make it suitable for commercial/sport shooting as well.” 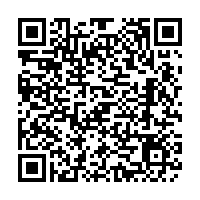