For the first time, Israel’s Justice Ministry and American authorities were able to employ legally extenuating circumstances in order to extradite a rebellious Israeli so-called get dissenter from the U.S., where he had fled, back to Israel. He now faces trial before an Israeli rabbinical court and ultimately the Jewish state’s criminal justice system.

While the refusal to grant a get is considered a halachic violation but not a criminal offense within the secular Israeli justice system, the wife of the accused, who filed for divorce from her Haredi husband more than three years ago, told rabbinical court judges that her husband treated her disrespectfully throughout their marriage. She also alleged that he took substantial sums of money from their joint bank account – without informing her – to invest in several business ventures that went bankrupt.


But it was allegations by the wife’s sister that brought about the involvement of secular Israeli and American judicial authorities. During the rabbinical court proceedings, she charged that her brother-in-law had sexually abused his own son and her when she was still a minor.

Before the Israel Police was able to launch a full-fledged investigation into the wife’s sister’s allegations, the husband, who was warned by the rabbinical court not to leave the country, fled to a haredi enclave in the U.S. He used his brother’s passport to do so.

The rabbinical court’s Agunot Task Force hired an American private eye to locate the fugitive husband. Upon being found, the husband refused the rabbinical court’s repeated requests to return to Israel and grant his wife a get. So Rabbi Eliyahu Maimon, head of Israel’s Rabbinical Courts Administration’s Agunot Department, engaged Israel’s Justice Ministry in an effort to bring him to justice.

Rabbi Maimon and the Justice Ministry described the accused as a “risk to public safety” due to suspicions that he was both an alleged pedophile and get dissenter.

The serious accusations were brought to the attention of American authorities, who ordered a warrant for his arrest and extradition to Israel. The recalcitrant husband was arrested and flown back to Israel, where he was placed under house arrest and ordered to appear before rabbinical court judges. When he failed to appear, he was imprisoned. Finally, after yet another rabbinical court hearing, the man vehemently refused to grant his wife a get.

The Justice Ministry and Israel Police are investigating whether they have sufficient evidence to indict the husband on charges of financial impropriety and sexual abuse of a minor.

While Rabbi Maimon praised the Justice Ministry for their cooperation, sources tell The Jewish Press that this case is not a harbinger of future detente between Israel’s secular and religious legal bodies.

Prior to his appointment as deputy minister of religious affairs, Rabbi Eliyahu Ben-Dahan introduced a bill in the Knesset that would allow for the extradition to Israel of any man who refuses to give his wife a get. “For 21 years, Rabbi Ben-Dahan has been fighting for the rights of women to receive divorce papers from husbands who deserted their wives. Though he was not directly involved in this particular case, he has been following the proceedings very closely and is determined to make sure that his party [Jewish Home] pushes his legislation to approval in the Knesset,” Rabbi Ben-Dahan’s spokeswoman told The Jewish Press.

Rabbi Ben-Dahan’s legislation, however, faces an uphill battle in the Knesset.

Even though the Jewish Home Party and Minister of Justice Tzipi Livni’s Hatenua Party are part of Prime Minister Benjamin Netanyahu’s coalition government, Livni has reportedly told Jewish Home officials that she is against having her party’s MKs support Rabbi Ben-Dahan’s legislative initiative.

The Jewish Press has learned that Livni allowed the extradition case to be brought to American authorities because of accusations that the husband was a pedophile, who allegedly committed these acts on members of his own family. 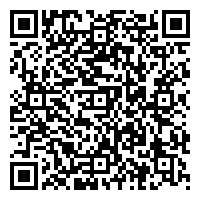