A new report by the Organization of Economic Cooperation and Development (OECD) concludes that Israel has the 5th highest life expectancy of its 34 member countries.  The United States comes in at 28th.

Israelis average 81.6 years, according to the report, 2 years longer than the OECD average.   The average American life expectancy is 78.2 years.


Though Israel came in ahead of the United States, it came in below Japan, Sweden, Canada, and Holland.

Ironically, though Israelis enjoy longer lives than Americans, they do so with less medical resources.  While the average OECD country features 3.5 hospital beds for every 1,000 people, Israel has just 2 hospital beds per 1,000, which means hospitals are overcrowded. The occupancy rate of Israeli hospitals was very high – 96.3 percent compared to the OECD’s 76 percent.  In 2009, Israel spent 7.9 percent of its Gross Domestic Product on medical care.  The United States spent 17.4 percent.

In 2009, OECD members had an 84 percent five-year survival of breast cancer – in Israel, that rate was 86 percent.  The same year, Israelis came in leaner than the average OECD country, with a 14% obesity rate.  America’s rate stood at 34%. 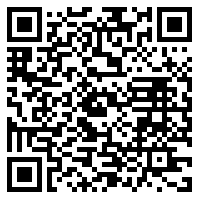