For the first time ever, an Israeli gymnast has won a gold medal at the Olympic Games.

Prime Minister Naftali Bennett paused the weekly Cabinet meeting and – in the presence of his fellow ministers – called the Olympic champion to congratulate him on winning a gold medal at the Tokyo Olympics.

Dolgopyat was born in Ukraine and immigrated with his family to Israel at the age of 12.

The Israeli gymnast last year won the gold medal at the 2020 European Championships in the floor exercise and silver medals at the 2017 and 2019 World Championships.

This is the second gold medal for Israel; the only other gold was won in the sailing competition at the 2004 Summer Olympic Games in Athens.

Israeli athletes also won two bronze medals at the Tokyo Olympic Games — one in mixed judo and the other in women’s taekwando. 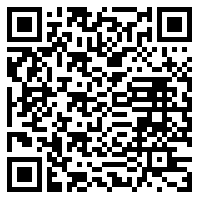