Israel’s Foreign Ministry issued a defensive response Monday night in response to the summoning of Israel’s envoy to Amman for a rebuke earlier in the day as its government and lawmakers simultaneously and openly incited more Arab violence on the Temple Mount.

The lengthy statement listing Israeli actions aimed at ending the round of violence linked to Islam’s holy month of Ramadan may have been targeting Tuesday’s emergency session of the United Nations Security Council on the matter.

“We call on everyone to assist Israel in its efforts to bring about calm in Jerusalem and enable freedom of worship on the Temple Mount.”

The State of Israel is committed to and is “acting indefatigably to guarantee freedom of religion and worship for Jews, Muslims, and Christians in Jerusalem on normal days and holidays alike, and certainly in this period during which Passover, Ramadan, and Easter converge,” the ministry said.

“Israel’s responsible management of the Temple Mount in recent weeks is indicative of this consistent policy, and Israel’s determination to implement it.

“In recent weeks, the Israel Police have acted responsibly, with restraint, and with discretion in the face of many dozens of rioters who with their actions desecrate the values of Islam and the holiness of the Mount. The Israel Police’s actions, including last Friday, are what has allowed prayers to take place for tens of thousands of Muslim believers. Such activity came only after all other means were exhausted, including intensive dialogue with the Waqf.

“Every responsible partner must recognize this, and not take part in spreading completely false information which only inflames the atmosphere. Statements supporting violent actions, including the throwing of rocks, are beyond understanding and contribute to escalation.

“Israel is maintaining the status quo and expects all of its partners to condemn extremists partaking in incitement and violence,” the statement said. 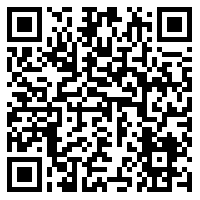