AIPAC blasted a new bill introduced by Rep. Betty McCollum (D-Minn.) that would condition U.S. financial military aid to Israel to ensure that no tax dollars contribute to alleged civil-rights and human-rights abuses against “Palestinians.”

The proposed legislation, “Defending the Human Rights of Palestinian Children and Families Living Under Israeli Military Occupation Act,” is similar to prior bills McCollum has introduced, reported The Hill. This one would bar the use of American aid for detaining “Palestinian” youth, destroying “Palestinian” homes or property or annexing “Palestinian”-owned land.


“Israel has been strategically expanding settlements, committing flagrant violations of human rights against Palestinian children and families, and aggressively undermining any prospects for a Palestinian state,” McCollum said in a letter to her colleagues.

In a series of tweets, AIPAC said it opposes the anti-Israel bill that “would condition aid to Israel, undermine U.S. interests and make peace less likely.”

We agree with @POTUS @JoeBiden: Cuts or conditions on aid to Israel would be “irresponsible,” “outrageous” and a “gigantic mistake.”

According to AIPAC, the bill is both “unnecessary and redundant,” as conditions already exist on aid for Israel, which can only be used for legitimate self-defense and internal security. Congress can also request the State and Defense departments to review if any U.S. money was involved in human-rights abuses.

The pro-Israel lobby group tweeted that Congress has already endorsed the “10yr commitment to Israel of full security assistance without added political restrictions. This policy has broad bipartisan support & is good for America,” referring to the 10-year MOU signed by Israel and the U.S. during former President Barack Obama’s administration that provides $3.8 billion in aid annually.

McCollum, who chairs the House Appropriations Committee’s Subcommittee on Defense, has long been a harsh critic of Israel. She supports the BDS movement and has accused the Jewish state of “apartheid.”

Her bill is being backed by several left-wing groups such as J Street, IfNotNow, Jewish Voice for Peace and Americans for Peace Now. J Street has long called for more oversight of financial aid to Israel, but in the past has withheld support for McCollum’s previous bills.

Despite more support from progressives, the legislation is unlikely to gain much traction in Congress, where moderate Democrats and Republicans are firmly against conditioning aid to Israel. Furthermore, U.S. President Joe Biden has repeatedly ruled out conditioning military aid to Israel.

Nevertheless, the Biden administration has taken steps to undo former President Donald Trump’s policies towards the Israeli-Palestinian conflict. In particular, Biden has renewed some $235 million in aid to the Palestinian Authority that Trump had cut, including to UNRWA. The U.S. State Department has also returned to wording that determines Israel’s presence in the West Bank as “occupation.” 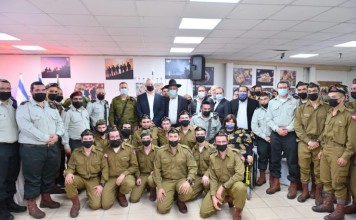