A new way of processing FBI documents may speed up the applications of Jews from the United States who are hoping to move to the State of Israel on Aliyah, according to the head of the Immigration Department at the Jewish Agency for Israel, Shay Felber.

Recent regulations require every US adult applicant for immigration to Israel to complete an FBI background check. An apostille (international notary certification) must be attached to that document, confirming the applicant has no criminal record, but one can only get it at the US State Department in Washington DC.


The new requirement was inaugurated by the Interior Ministry just three months ago when Israel decided to suspend the long-standing exemption allowing US Jews to immigrate without submitting a certified document attesting to having no criminal background.

It is a process that can take weeks. MANY weeks. Especially when some of the offices needed for the process are closed, depending on the city in which you live. Due to the coronavirus crisis, sometimes you can’t even cash a check because various branches of your bank might be closed, depending on the day of the week, the bank at which you do your business, and the city in which you live.

But Felber told the Knesset Committee on Immigration, Absorption and Diaspora Affairs on Monday that a proposal submitted to the FBI to expedite this process recommends sending the apostilled documents directly from the FBI to the Jewish Agency, rather than first back to the Aliyah applicant.

At present, the applicant receives the apostilled document, and then takes it personally to the local Israeli consulate, which then forwards the document to the Jewish Agency. This in itself is a feat; one has to make sure the consulate is open, that you get there at the right time, that the right person is there, is available and is willing to see you; the world-famous Israeli bureaucracy works as well in the US as it does in Israel.

The proposal, which has been submitted via the State Department to the FBI for its approval, would save up to six weeks’ roundabout time in terms of the document’s journey from the FBI to the Jewish Agency, Haaretz reported.

In the past, many other documents have required apostilles as well: birth and marriage certificates, and proof of one’s Jewish background, for example. But these types of documents usually take little time. Moreover, criminal background checks have been required of nearly all immigrants to Israel already for the past decade – except for those making Aliyah with Nefesh B’Nefesh, which had conducted its own background checks, according to a ministry source quoted by Haaretz. But that arrangement was discontinued by the ministry three months ago, albeit with protests from Nefesh B’Nefesh.

There are numerous other difficulties and roadblocks that have since been faced by prospective Aliyah applicants in North America as well, some of which have since been resolved, some of which have not. The need for a face-to-face interview with a Jewish Agency official, nearly impossible for several months due to the outbreak of the coronavirus pandemic, has since become easier with the Jewish Agency’s activation of a videoconference system for interviews. But there are other problems.

A temporary suspension of Aliyah visas, which began in March, has also since been resolved; visas are once again being issued to those deemed eligible to immigrate under the Law of Return.

A more difficult challenge is that of finding flights for those who are accepted for Aliyah, ready to travel, but have no way to get here. Nefesh B’Nefesh immigrants came solely with El Al Airlines – but Israel’s national carrier is still not flying its commercial flights at this point. The organization is scrambling to find other flights; United Airlines is one of the few airlines that has regular flights to and from the United States and Tel Aviv.

Finally, there is still the issue of quarantine; anyone arriving from abroad must enter a 14-day quarantine upon their arrival in Israel. So if you are a new immigrant (oleh or olah) to Israel, you are welcomed happily and then immediately expected to know where you are going; you then learn the very first word in Hebrew on your agenda: bidud. (quarantine) Then the next phrase: Baruch ha’ba’ah! (Welcome home!) 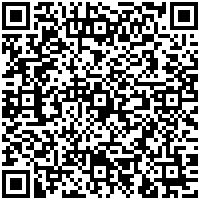