Lebanon’s maritime border with Israel is expected to be a high priority for Under Secretary of State for Political Affairs David Hale, who is expected to visit Beirut this week.

The negotiations over the borders of countries still technically at war since 1948 are taking on new significance after last week’s double explosion at the Port of Beirut, which carried the force of a small nuclear bomb.


It’s still not clear how 2,750 tons of ammonium nitrate – a chemical used as fertilizer and as an explosive – stored for seven years in a warehouse at the port, somehow was ignited.

But since that disaster, Lebanese officials have expressed new willingness to negotiate the maritime border and begin to exploit the natural gas reserves they know must exist in the waters off the Lebanese coast.

Israel and Lebanon have been fighting for decades over 860 square miles of water in which potential natural gas reserves await. The Israeli Exclusive Economic Zone stretches 130 km from the Northern corner of the shore and 204 km from the Southern corner of the shore and encompasses a very large area, including foreign shipping lanes. (Israel is not a signatory to the United Nations Convention of the Sea but has accepted upon itself the leading principles of the Convention.)

On the land border, UNIFIL – the United Nations Interim (peacekeeping) Force in Lebanon – is still working on an agreement, which for years has been demarcated by a “Blue Line.” Lebanon disputes this international “Blue Line” at 13 points out of the 200 points on its southern border.

Assistant Secretary of Near Eastern Affairs, David Schenker, the current mediator between the two countries, has said progress on the issue now awaits agreement from Lebanon.

The quicker the maritime dispute is resolved between Israel and Lebanon, the faster both nations will be able to develop those offshore energy reserves.

Berri, a close ally of Hezbollah, and himself the head of the Amal faction, told a local newspaper last week that talks with “the Americans are almost finished,” Al Arabiya reported Monday (Aug. 10). Hezbollah has publicly acknowledged entrusting Berri with deciding Lebanon’s stance, according to the report, which noted that Hezbollah was “the primary opponent of reaching a deal.”

All that remains is to allow French President Emmanuel Macron to proceed with the process he began last week: dragging in the heads of the main political parties in the country, once again sitting them all down at one table.

That may be more difficult this time around, given Monday’s fall of the Lebanese government — but since the government actually must continue to serve the people as a “caretaker” anyway until a new one is formed, Macron can still force every one of them to contend with the issues they have spent decades trying to avoid – beginning with Lebanon’s border with Israel. 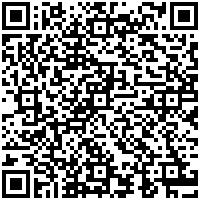