For the first time in the history of the Taglit Birthright program, a group of five young Jewish American women from the American Jewish leftist organization IfNotNow left a Taglit Israel discovery tour after claiming “they hid from us the truth about the occupation.”

As they disembarked from the bus, officials from the ‘Breaking the Silence’ were waiting for them in what was a clearly pre-arranged meeting.

One of the young women made an announcement on the Birthright bus prior to leaving, telling her fellow participants they were ending their trip at that point, and instead going on a trip with Breaking the Silence to learn about the “occupation” from the perspectives of ‘Palestinians and IDF soldiers.’

The six young women then got off the bus and joined those waiting for them, who then took them on a tour of Hebron, according to a tweet by Itamar Eichner, Hebrew-language diplomatic correspondent for the popular Israeli daily Yedioth Ahronot.

Birthright Taglit tour guide leader Golan called out after them that they “hadn’t come to learn about Israel, but rather about Palestine… to bash Israel on purpose, and in public” in front of all their friends.

Fellow program participants were noticeably angry, with some pointing out as they left that they had “disrupted everyone’s experience.” Taglit Birthright has brought 650,000 Jews to the state of Israel to experience first-hand their return to their roots in the Jewish State.

“Since we respect the ability of our participants to formulate their own views, we reject the promotion of any agendas, attempts at manipulation or provocations from either political side,” the Taglit Birthright organization said in a response following the incident.

The young women were plants, however — a fact that soon became clear after they answered a few questions in an interview they gave to another Israeli news outlet while on their tour of Hebron. Questioned about their reasons for leaving, they admitted that all of them are activists in IfNotNow and that they had felt Birthright Taglit participants weren’t getting “the full picture.” And besides, they had no more time for touring: it was already Thursday, and they had to get back to the U.S. in time for work on Monday.

The small-group mutiny came on the final day of the Birthright tour; and as the group of six moved to join the tour of Hebron run by the far-left anti-Israel NGO ‘Breaking the Silence,’ they made it clear to their fellow participants their actions were preplanned.

The IfNotNow organization says it is committed to “ending American Jewish support for the occupation” and Thursday’s incident was part of that effort. The far left group has launched a new anti-Israel campaign which it has dubbed “Not Just a Free Trip,” taking aim specifically at the popular Taglit Birthright program. The leftist organization says the campaign uses a “diversity of methods” to teach Birthright participants about “the daily nightmare of Occupation.”

Apparently one of the new methods of the group is to infiltrate the Birthright program without knowledge of its organizers and to offer tours and activities to program participants without authorization from Birthright. 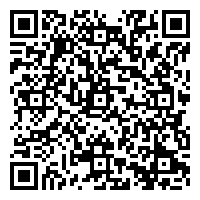