154,474 olim who are entitled to an Israeli citizenship under the law of return as family members of Jews, but who are not recognized as Jews by any religious definition, have come to Israel in the last 8 years, compared to 25,375 bona fide Jewish olim who arrived at the same time.

These previously unknown figures were revealed on Monday by Hiddush, an Israeli NGO founded in August 2009 by Reform clergy Uri Regev who is its president and CEO. The nonprofit says it aims to promote religious freedom and equality between secular and Haredim in Israel, meaning, in real terms, attempting to gain a foothold for the Reform movement in the official religious spectrum to gain access to funding and privileges.

A native of Tel Aviv, Regev, 68, studied at Hebrew Union College, where he was ordained in 1986. His most recent assault on Orthodox Judaism, which is dominant in Israel to the point where Reform and Conservative synagogues are believed to attract fewer than 3,000 followers (there are no real figures available), is this morning’s stunt press release.

Using the figures mentioned above, acquired under Israel’s freedom of information act from the Administration of Border Crossings, Population and Immigration, Regev advances his claim that “the data illustrates how urgently Israel needs to be free of the Chief Rabbinate and religious coercion. The Chief Rabbinate and the religious politics do not reflect the true image of the Jewish people today and urgent action must be taken for two purposes: opening the gates of conversion to the olim; and granting freedom of marriage for all in the State of Israel.”

The original Law of Return, passed in 5 July 1950, gives Jews the right to come and live in Israel and to gain Israeli citizenship: “Every Jew has the right to come to this country as an oleh.” And the definition of a Jew to that end was someone whose mother was Jewish or was converted by an Orthodox court.

We will not dive into the muddy waters of the reasons for that change in the law, suffice it to say that a fairly uniform front of Orthodox rabbis, from the most liberal to the most rightwing, objected to it, seeing the advantage of facilitating aliyah from the Soviet Union and Eastern Europe as becoming an agent of confusion and chaos that would inevitably undermine the foundations of the Jewish State.

In other words – Uri Regev.

Regev is one clever Jew (on both sides), who saw the golden opportunity in unloading these shocking figures on Israel’s media, which lapped it up, including Jewish publications that copied and pasted his provocative information and should have known better. Here, see for yourselves:

Only 1 in 25 immigrants from Russia are recognized as Jews in Israel (2,244 Jews compared to 50,093 eligible non-Jews). In fact, among those who immigrated to Israel from Russia before October 31 this year, only 1 in 40 is Jewish according to the halachic definition.

Some of these figures can be explained based on news reports a few months ago which exposed the disturbing phenomenon of Russian and Ukrainian non-Jews who take advantage of their eligibility for an Israeli citizenship under the retooled Law of Return and stay in Israel long enough to obtain a much desired blue passport only to vanish again in the snowy tundra.

The rest of the data represents individuals who become part of the nation, speak Hebrew, serve in the army, pay taxes and want to belong. The solution in their case is not turning the state of Israel into a non-Jewish entity where Reform missionaries receive state funds to erect pagan temples.

The solution is concealed in a concept known as Zera Yisrael (seed of Israel), referring to a gentile who has had Jews in his or her biological past. When necessary, they are entitled to a different treatment in conversions than other gentiles. While Orthodox courts are supposed to discourage the gentile applicants, they are free to encourage and embrace the potential gentile converts whose fathers are Jewish.

With a little bit of sechel (that’s brains) and tact that’s a rare commodity east of the Mediterranean), those shocking “non-Jewish aliyah” figures can easily be turned non-shocking.

Happy festival of lights and a happy new, non-Jewish year. 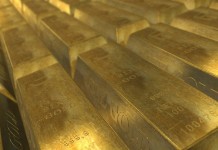 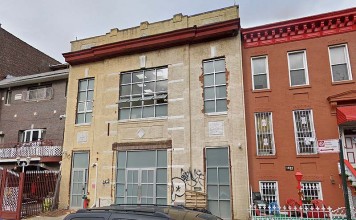