Russian businessman Roman Abramovich is expected to arrive in Israel on Thursday and apply for an Israeli citizenship, Israel Hayom reported.

The newspaper speculates that Abramovich decided to make the a move after facing problems with the British immigration authorities which refuse to renew his soon-to-expire visa. Abramovich is the owner of the Chelsea soccer club. He is currently building a residential skyscraper in Tel-Aviv’s prestigious Neve Tzedek neighborhood.

In April 2015, Globes reported that Abramovich had invested $25 million in the Varsano Hotel in Neve Tsedek. So far, this has been his first real estate purchase in Israel. According to Globes, the tycoon has also purchased a 0.3 acre plot of land adjacent to the hotel.

Abramovich has also purchased four Israeli startup companies, one of which is developing an ultra-fast charging smartphone battery.

Abramovich is the primary owner of the private investment company Millhouse LLc. He served as governor of the Chukotka Autonomous Okrug from 2000 to 2008.

According to Forbes, Abramovich’s net worth was $10.8 billion in 2018, making him the 11th-richest person in Russia, and the 140th-richest person in the world. He has donated more money than any other living Russian, with donations between the years 1999 and 2013 of more than $2.5 billion to building schools, hospitals and infrastructure in Chukotka.

Abramovich’s family is from Tauragė, Lithuania. Abramovich is Chairman of the Federation of Jewish Communities of Russia (which is allied with Putin’s administration). He is a trustee of the Moscow Jewish Museum, and he donates money to the Chabad movement.

Abramovich has been married three times. In December 1987, he married Olga Yurevna Lysova and they divorced in 1990. In October 1991, he married a former Russian Aeroflot stewardess, Irina Vyacheslavovna Malandina, and they divorced in 2007. He and Malandina have five children: Ilya, Arina, Sofia, Arkadiy and Anna. Abramovich married Dasha Zhukova in 2008, and they have two children: Aaron Alexander, and Leah Lou. 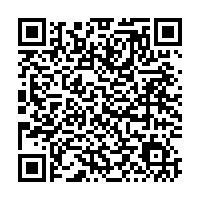