US-Israel relations have surged commercially and militarily since Israel’s establishment in 1948, and Israel enjoys a 74% favorability rating according to the 2018 annual Gallup poll of favorability (compared to 21% for the Palestinian Authority).  This positive state of relations has been achieved despite the systematic pressure by all US Presidents – from Truman through Obama – and in spite of persistent criticism of Israel by the Department of State, the New York Times and the Washington Post (all three opposed the 1948 establishment of the Jewish State) and other representatives of the “elite” US media.

US-Israel relations have dramatically expanded in defiance of conventional common sense, but consistent with – and nurtured by – the 400 year old ideological, moral, cultural, religious and historical foundations of the United States, which have enriched the US-Israel saga, featuring a unique people-to-people, bottom-up relationship, with elected officials representing the wish of most constituents.

For example, on March 5, 1891 – preceding Theodore Herzl and the 1897 First Zionist Congress – US President, Benjamin Harrison, received the William Blackstone Memorial, which called for the reestablishment of the Jewish State in the Land of the Bible: “Palestine for the Jews.”   The Memorial was signed by over 400 distinguished Americans, such as the Chief Justice, additional Supreme Court Justices, future President William McKinley, senators, congressmen (including the Speaker of the House and the Chairmen of the Ways and Means and International Relations Committees), Governors, mayors, university presidents, businessmen, clergy and media editors.

The signatories of the “Blackstone Memorial” were overwhelmingly Christian movers and shakers, who signed the document well before the emergence of the Jewish political lobby, reflecting the Biblical, Judeo-Christian roots of the USA.

The seeds of the “Blackstone Memorial” – and the special affinity of the American people toward the Jewish State – were planted in 1620, when the early Pilgrims, stepped off the Mayflower, referring to themselves as “the people of the modern day Exodus,” who departed from the “modern day Egypt (Britain),” experienced the “modern day Parting of the Red Sea (the Atlantic Ocean),” arriving in “the modern day Promised Land (America).”
Hence, the well-over 1,000 sites in the US (towns, cities, national parks and deserts) bearing Biblical names, such as 18 Jerusalems, 32 Salems (the ancient name of Jerusalem), 34 Beth Els, 24 Shilos, 18 Hebrons, 12 Jerichos, Zions, Bethlehems, Mizpahs, Rehoboths, Carmels, Gileads, Moabs, etc.

The prominent stature of the Bible and the Hebrew language among the early Pilgrims was demonstrated in 1640 by the first book written and printed in the New World, The Bay Psalm Book, which transcribed biblical psalms into metered verses.  The seals of three of the first ten universities bear Hebrew inscriptions: Yale (אורים ותומים the power of the Jewish High Priest), Columbia University (יהוה Jehovah and אוריאל Uriel – one of God’s Guardian Angels) and Dartmouth College (אל שדי one of God’s names).

The special sentiments toward the reconstruction of the Jewish Homeland in the Land of Israel, were further cultivated by the 18th century Founding Fathers, who considered themselves to be “the people of the modern day Covenant.” The iconic symbol of independence, the 1752 Liberty Bell highlights a verse from Leviticus, 25:10: “Proclaim liberty throughout all the land unto all the inhabitants thereof.”  This verse refers to the Jubilee – the cornerstone of the Biblical concept of liberty, a cardinal value in the history of the 50 States – which is commemorated every 50 years.

In fact, the cement of the American Revolution was Thomas Paine’s Common Sense (January 10, 1776): “For the will of the Almighty as declared by Gideon and the Prophet Samuel expressly disapproves of government by kings….”

The President of Yale University (1778-1795), and a founder of Brown University, Ezra Stiles, taught Hebrew, urging graduating students to be able to recite Psalms in the original language, “because that is what St. Peter will expect of you at the Pearly Gates.” He called for “the reestablishment of the twelve Tribes in Palestine.”

According to Prof. Daniel Elazar – the founder of the “Jerusalem Center for Public Affairs” (JCPA) – the concept of the US Constitution was inspired by the Bible, in general, and the Covenant between God and Abraham and Jacob, in particular. The term “Federal” was a derivative of the Latin word “foedus,” which is the Biblical Covenant. Moreover, Prof. Elazar opined that the first ever continental republic was not ruled by an imperial ruler, but “through a system of dispersed democratic majorities, coupled with nationwide representation of both individuals and constituent states… [similar to] the federation of [the twelve] tribes of ancient Israel.”

According to Alexis de Tocqueville’s 1830 Democracy in America, the US practiced separation of religion and state, not religion and society. While a government-sponsored religion risked discrediting religion, a society devoid of religion risked immorality and oblivion. According to de Tocqueville, religion and liberty are mutually-inclusive. In 1967, Prof. Robert Bellah wrote that the US has a civil religion – a set of ethical principles based on the Bible, mostly Deuteronomy. The US benefits from Bible (not libertarianism) driven liberty, which is responsibility – not rights – driven liberty for the common good.

In 1935, President FDR indicated that “it would be difficult to appraise the far-reaching influence of [the translation of the Bible] upon the speech, literature, moral and religious character of our people and their institutions….”

In fact, the Bible had a profound impact on the US Constitution, the Bill of Rights, Separation of Powers (Moses, Aharon, the 70 Elders, the tribal Presidents), Checks and Balances, the requirement that the chief executive must be a native, that the capital city should not belong to any tribe/State, the abolitionist movement (“Let My People Go,” “Go Down Moses”) and the general public discourse in the USA.

In 1863, President Lincoln stated: “The rebirth of Israel as a nation-state is a noble dream and one shared by many Americans.”  On June 30, 1922, the US House and Senate ratified the League of Nation’s “Mandate for Palestine,” which codified the establishment of a Jewish National Home in Palestine, in the entire area west of the Jordan River.  President Harding added his signature on September 21, 1922.  In 1925, the House, Senate and President Coolidge ratified the 1924 Anglo-American Treaty, which approved the “Mandate for Palestine.” In 1943, a Joint Resolution by the Alabama State Legislature declared: “Urgent need for a Jewish Homeland.”

On May 14, 1948, the US radio icon and world traveler, Lowell Thomas, told his listeners: Today, as the Jewish State is established, Americans read through the Bible as a historical reference book.”

On December 24, 1968, Apollo 8, the first manned mission to the moon entered the lunar orbit, and the three astronauts recited Genesis 1:1-10, in the most watched TV broadcast at the time: “In the beginning God created the heaven and the earth.  And the earth was without form….”

In 2001, Senator Mitch McConnell (R-KY) welcomed the newly-elected President G.W. Bush: “Mr. President, we trust that you shall lead us in the best tradition of Joshua and Caleb.”  Pastor Nathan Baxter asked President Bush, during the inauguration prayer at the National Cathedral, to unite the American people just like King David united the Jewish People.

In 2008, Senator Byrd (D-WV), the President Pro-Tem and a legislative giant, announced retirement from the chairmanship of the Appropriations Committee, by quoting Ecclesiastes 3:1: “To everything there is a season and a time to every purpose under heaven.”

In 2009, Senator Tom Harkin (D-IA), the floor manager of Obamacare, complimented Majority Leader, Senator Harry Reid (D-NV) during a press conference: “Senator Reid displayed the patience of Job, the wisdom of Solomon and the endurance of Samson.”
In 2014, President Obama justified his decision to defer deportation of five million illegal immigrants by quoting Exodus 22:21: “You shall not wrong a stranger or oppress him, for you were strangers in the land of Egypt.”

In 2018, the role played by the Bible in the shaping of the US core values, legal and political systems, public discourse and general state-of-mind is still significant, as demonstrated by the November 17, 2017 opening in Washington, DC (three blocks from Capitol Hill) of the largest Museum of the Bible in the world (430.000 square foot), featuring more than 40,000 artifacts, including 613 Torah Scrolls.

In 2018, the statues of Joshua, King David and Judah the Maccabee stand at West Point Military Academy among “The Nine Worthies,” the nine top warriors in human history. The other “Worthies” are Alexander the Great, Hector, Julius Caesar, Godfrey of Bouillon, King Arthur and Charlemagne. The battle cry of the Maccabees – “Whoever trusts God; join me!” – inspired the official motto of the US: “In God We Trust.”  Since 1996, the US postal service has issued, annually, a Chanukah stamp, commemorating an event – the 2nd century BCE rebellion of the Maccabees against the Seleucid Empire, the few against the many – which inspired the Founding Fathers’ revolt against the British Empire.

In 2018, the bust of Moses faces the Speaker of the House (surrounded by 22 other busts of historical Law Givers, who stare at Moses), is found at the Rayburn House Office Building’s Subway Station and in the main reading room in the Library of Congress.  Statues and engravings of Moses and the Ten Commandments are featured in the Supreme Court. Moses and/or the Ten Commandments feature in the US Federal Courthouses in Cleveland, OH and Indianapolis, IN; the Supreme Courts in Harrisburg, PA, St. Paul, MN, Lansing, MI and Knoxville, TN; the county courthouses in Cleveland, OH, West Chester, PA, Pittsburgh, PA, Ft. Wayne, IN and Jackson, MS; the Appellate Court in Brooklyn, NY; the Boston Public Library and the State Capitol in Lincoln, NE; etc.

In 2018, the official seals of the US, the President, the Supreme Court, the House of Representatives and all the Executive Departments – as well as the US dollar – feature the eagle with thirteen stars for the original thirteen Colonies, arranged in the shape of the Star of David, which is also the shape of the US Sheriff’s Badge.

Since 1949, the US-Israel crises have always been “V”-shaped (quick to deteriorate and quick to rebound), not “U”-shaped (quick to deteriorate and prolonged to rebound), due to the healthy foundations/tissues of the bilateral relationship, transcending the Palestinian issue, the Arab-Israeli conflict, Israel’s bombing of Iraq’s nuclear reactor, Iran, etc..

The extraordinary enhancement of the US-Israel relationship, irrespective of the White House and State Department pressuring Israel, derives from the unique 400-year-old foundation, laid down by the Bible-inspired Early Pilgrims and nurtured by the Judeo-Christian-driven Founding Fathers and the American people, rather than by policy-makers and public opinion molders.

The unique foundations of the US-Israel saga were forged prior to the evolution of an organized Jewish community, the Holocaust, the establishment of Israel and the appearance of AIPAC on the American scene. These foundations have nurtured a covenant between the American people, their state and federal representatives, on the one hand, and the Jewish State, on the other hand. It accords Israel a unique standing: a foreign, but also a value-driven domestic issue. 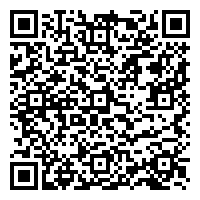