Israeli authorities recently arrested an antiques bandit from the Arab village of Kafr Kanna who was caught with 232 antique coins stolen from various archaeological sites in the north of the country.

The arrest was made last week following a joint operation by the Inspectors of Israel Antiquities Authority’s (IAA) Unit for the Prevention of Antiquities Robbery (UPAR) and Kafr Kana Station police officers.


The suspect was arrested and questioned at the police station and will be indicted in the coming days.

The suspect was found to is a repeat offender who has already been caught twice before digging in the ground and searching for antiqities using metal detectors without a permit. In both cases, he was tried and convicted in court.

The suspect was holding coins dating from the Persian period in the 5th century BCE, through the Hellenistic, Roman and Byzantine eras, up to the Ottoman period, from approximately 500 years ago.

Nir Distelfeld, Inspector at the UPAR, underscored that any excavation at an antiquities site or discovery of antiquities, even in privately-owned grounds, requires immediate reporting to the Antiquities Authority.

“It is upsetting that in the name of money there are those who destroy and damage antiquities and prevent the public from enjoying the legacy that belongs to all of us,” he stated.

Dr. Eitan Klein, Deputy Director of the UPAR, explained that ancient coins are items of particular scientific importance, as they can accurately be dated.

“Unfortunately, we are witnessing a growing phenomenon of civilians acquiring metal detectors, searching for ancient coins at antiquity sites without permits, uprooting the coin from the archaeological context in which it was placed in antiquity, and thereby severely damaging its scientific value,” he said.

“A coin stolen from an antiquities site is an important piece of information that will be missing when archaeologists want to carry out an archaeological excavation, and in fact, it is a missing part of the historical puzzle of Israel,” he added.

The IAA urged the courts to render harsh sentences to “create a deterrent against criminals who steal and covet historical treasures. In this way, the damage done to Israel’s antiquities sites – a heritage belonging to the general public in Israel and around the world – can be prevented.” 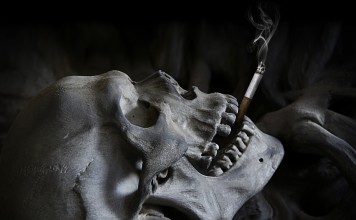