Security prisoners on Tuesday continued their hunger strike in protest of the Israel Prison Service’ (IPS) blocking of cell-phone reception in prisons. Some 90 convicted terrorists have joined the strike.

The IPS spokesperson said they are “prepared to deal with the strike and will not surrender to threats.”

He added that “the IPS will continue to respond with an iron fist to hunger strikes, riots and threats, and no negotiations regarding the cell-phone block will take place. The block will expand to all security wings in prisons across Israel according to plan.”

According to the IPS, most striking prisoners have been persuaded to join the strike and have not freely chosen to do so. The strike is a consequence of incitement by a few prisoners and is not orchestrated by an organizationת the IPS said.

The prisoners who went on strike were sent to solitary confinement with nothing but a mattress.

Two years ago, 1,100 security prisoners went on a hunger strike for six weeks. The strike ended in a compromise between the IPS and the leaders of the hunger strike.

Another hunger strike was prevented in April 2019 when the IPS reached an agreement involving the blocking of cell-phone reception ahead of the planned strike. The IPS agreed to install public phones for the security prisoners.

Security prisoners are not permitted to use cell-phones in prison, as they may be used to orchestrate terror operations. The prisoners have been able to circumvent the IPS’ cell-phone ban through numerous smuggling operations.

The IPS has decided to focus its efforts on preventing the use of cell-phones in prison by blocking the cell reception necessary for making calls. 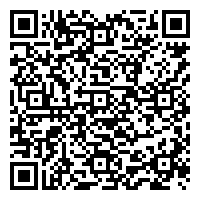