An anti-Israel event called “After 54 Years: From Occupation to Apartheid” was held Tuesday at the Knesset – Israel’s Parliament – where lawmakers were presented with far-left speakers talking about the evils of the country that pays them generous salaries, benefits and eventually, pensions as well.

Israeli Arab and Pro-Israel activist Yoseph Haddad, CEO of ‘Vouch for Each Other’ was expelled from the hall after saying that the “true apartheid is here at this conference.”

I am an Israeli Arab with different opinions and they don’t want me inside. They are the ones who are really apartheid. If Aida Touma-Sliman says that Israel is apartheid, how is she allowed to hold this meeting in the walls of Israeli democracy? https://t.co/jXjsEVBAdD

“They are the ones who are really apartheid,” Haddad wrote in English and in Hebrew on Twitter. “If she says Israel is apartheid how is she allowed to [do this] in the halls of Israeli democracy?”

“Anyone who knows me, knows that I will never give up,” Haddad wrote in a Hebrew-language tweet…I will never surrender to our enemies at home and abroad.” On his Twitter profile, he writes, “Proud to be an Arab and proud to be Israeli.”

The event was organized and led by far-left Meretz Knesset Member Mossi Raz – who is Jewish, together with Knesset Member Aida Touma-Sliman of the Arab Joint List.

“After 54 years, what started as an occupation may have already crossed the line to an apartheid regime. . .we will ask the difficult questions and maybe provide answers as well. We will discuss together with civil social organizations and politicians about the future of the struggle,” Touma-Sliman wrote in a tweet on June 17.

She and her colleague invited extreme leftist groups to speak to her fellow lawmakers, such as the anti-Israel “Breaking the Silence” and “Yesh Din” organizations.

“This convention is in honor of the Jews who work to end the occupation and we will have justice,” Raz told the lawmakers.

“We have committed this apartheid and it must end,” said Lior Amichai of ‘Yesh Din.’

Members of the Yesh Atid, New Hope, Yamina, Yisrael Beytenu and Blue & White parties – all members of the government coalition – signed a letter sent to Knesset Speaker Mickey Levy, urging him to “end Knesset involvement in events that act against the State of Israel, tarnish its good name and work with antisemitic organizations like BDS.”

Religious Zionist Party MK Itamar Ben-Gvir ended up in a shouting match with Arab Joint List MK Ofer Cassif, who cursed the right-wing lawmaker and called him a “fascist.”

Ben-Gvir called Cassif a “terrorist” in return. To Touma-Sliman, he called out, “You support terror and you know that.”

In response, Touma-Sliman said, “There are people in here who still refuse to listen to the truth.”

Yamina Knesset Member Amichai Chikli had issued a statement denouncing the event, although he did eventually attend. “The equation of Israel as an apartheid state such as South Africa is a sabotage operation that tries to undermine Israel’s existence. . .The thought that the Knesset would host a convention like this where BDS operatives can present is nothing short of outrageous,” Chikli wrote.

When Chikli listed and condemned some European countries and the anti-Israel NGOs in Israel they funded, the audience clapped and cheered the list.

His fellow Yamina Party Knesset Member Avir Kahra was expelled from the hall after shouting back at Arab Joint List MKs.

One Meretz legislator, MK Yair Golan, pushed back, despite being a colleague of Raz. “To refer to Israel as an apartheid state is not correct and it’s not intelligent,” Golan said.

That such an event could even be allowed to take place in the legislative seat of the sole democracy in the Middle East proves once again that the State of Israel preserves equal rights for all – regardless of the provocation. 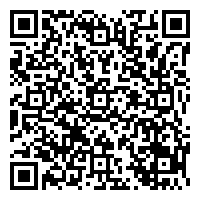