The Israeli Air Force (IAF) Base at Nevatim was the scene of hours of tense drama after a Bedouin thief drove with a stolen car through the front gate and disappeared inside the large base.

The incident began when the police gave chase to a car stolen from the city of Dimona by a Bedouin car thief. During the police chase, the driver arrived at the Nevatim Base and drove through the gate at high speed. The vehicle was stopped by the spikes on the road and the driver fled the car, sending the base’s security searching for him.


The search for the suspect, which took hours, involved helicopters, trackers and the IAF’s elite Shaldag commando unit that was deployed to spearhead the searches. The perimeter of the base is over 25 miles long.

Soldiers stationed on the base were confined to their quarters.

The IDF stated that the base’s “assets” were guarded. “There is no danger to the base’s workers and security facilities,” it stated.

These assets including the advanced F-35 stealth fighter and other important IAF aircraft.

The many forces finally located a point on the perimeter fence where the suspect climbed two barbed wire fences and a fence about five meters high and left the base.

“The event will be investigated and the necessary lessons will be learned from it,” the IDF stated.

Security experts noted that the incident was a farce and a failure on the part of the specially trained base security and someone was bound to pay for this travesty.

Earlier Monday, tens of thousands of bullets were stolen from the Sde Teiman IDF base in the south, presumably by Bedouin illegal arms dealers. Dozens of assault rifles were previously stolen from this base.

The Regavim Movement, which has previously warned against the country’s loss of control over the Bedouin in the south, stated after the incident that “if you ignore a problem when it’s small, you’ll have to deal with it eventually – and by then it may have grown beyond control.”

Regavim noted that in the last two weeks alone, the Negev has seen “horrific and varied forms of criminal behavior,” including the shocking sexual assault of a little girl in her home, the break-in at the Israel Air Force base at Sde Teiman that included a stun grenade attack on IDF soldiers, a string of robberies in Be’er Sheva that were documented by security cameras, a massive ammunition heist, and now, a break-in at the Nevatim base, where Israel’s top-secret aeronautical technology is housed.

“The State of Israel must draw the line, and formulate a comprehensive, all-encompassing and non-negotiable solution to the problem of Bedouin crime in the Negev,” Regavim said. 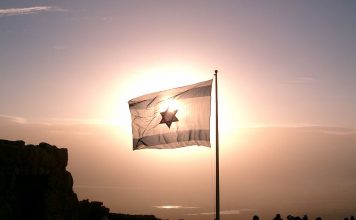 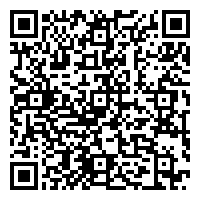