The Shin Bet revealed Sunday that it had prevented a major disaster in June 2019 when it arrested Adel Abu al-Dayeb, a resident of Rahat, in a joint operation with the Israel Police.

Rahat is a predominately Bedouin city in southern Israel; in 2017 it had a population of 66,791.


Abu al-Dayeb told his interrogators that he had prepared an explosive device which he intended to use in a hotel close to where he worked as a gardener. He also collected five grenades and a locally made “Carlo” sub-machine gun.

An indictment was filed against Abu al-Dayeb on Sunday by the Southern District Attorney’s Office at the Be’er Sheva District Court.

He also attempted to construct a rocket, and even purchased some of the needed components.

In the course of the interrogation, Abu al-Dayeb surrendered five grenades (2 tear gas, 2 stun, one smoke), as well as a home-made “Carlo” sub-machine gun.

A Shin Bet spokesperson stated: “The General Security Service considers the involvement of Israeli civilians in terrorist activity to be serious, some of which is influenced by Hamas propaganda disseminated through social networks and the Palestinian media.”

Meron – Why Do Bad Things Happen To Good People? 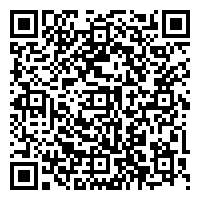