The Conference of Presidents on Tuesday commended the Biden Administration for confirming that President Biden “embraces and champions” the International Holocaust Remembrance Alliance (IHRA) Working Definition of anti-Semitism.

The HRA working definition of anti-Semitism includes the following items, which have encountered resistance everywhere on the left, from the UK Labour party to the California higher education system:


While addressing the Organization for Security and Cooperation in Europe (OSCE), US Deputy Assistant Secretary of State Kara McDonald stated: “We must educate ourselves and our communities to recognize anti-Semitism in its many forms, so that we can call hate by its proper name and take effective action. That is why the International Holocaust Remembrance Alliance’s working definition of anti-Semitism, with its real-world examples, is such an invaluable tool.”

McDonald continued: “As prior US Administrations of both political stripes have done, the Biden Administration embraces and champions the working definition. We applaud the growing number of countries and international bodies that apply it. We urge all that haven’t done so to do likewise.”

The Conference of Presidents on Tuesday commended the Biden Administration proclaimed: “We commend the Biden Administration’s robust and unqualified endorsement of the IHRA definition, which reflects the broad support that exists for the most authoritative and internationally accepted definition of anti-Semitism, as well as the widespread view that it is critically important to define anti-Semitism in order to combat it successfully. This is especially essential at a time when acts of anti-Semitism and Jew-hatred are on the rise at home and abroad.”

Arthur Stark, Chairman, William Daroff, CEO, and Malcolm Hoenlein, Vice Chair of the Conference of Presidents of Major American Jewish Organizations added: “Last week, the member organizations of the Conference of Presidents overwhelmingly adopted the IHRA definition and pledged to encourage others to do so as a key tool to combat anti-Semitism. We look forward to working with the Biden Administration to expand the growing list of countries, governmental bodies, non-governmental organizations, sports leagues, universities, and religious groups around the world that have adopted the definition.” 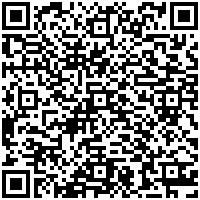