Despite the criticism he’s received, House of Representatives Speaker John Boehner does not regret inviting Israeli Prime Minister Benjamin Netanyahu to address a joint session of Congress in early March.

In an interview with CBS’s “60 Minutes” on Sunday, Boehner said he notified the White House of his decision only on the morning that he extended the invitation to Netanyahu.

Boehner criticized President Obama for failing to take the threat of terrorism and the Iranian nuclear threat seriously.

Asked about passing additional sanctions on Iran to stop its nuclear program, Boehner said he thinks “the House believes that more sanctions, if they don’t come to an agreement, are in order.”

Republican Senator John McCain defended Boehner’s decision to invite Netanyahu. McCain said he feels the relationship between the Israeli and the American governments has deteriorated, and suggested that the Iran issue has likely contributed to the worsening ties.

“I do believe that it’s important that Prime Minister Netanyahu speak to the American people,” McCain said. “We need congressional ratification of any agreement that is made [with Iran].”

“The agreement now being forged between the major powers and Iran is unacceptable to Israel,” Netanyahu said.

“This agreement is dangerous to Israel, to the region and to the world…. I, as prime minister, stand up and say this unequivocally: We will do everything in order to prevent the arming of Iran with nuclear weapons capabilities.’

Meanwhile, Israeli Supreme Court Justice Salim Joubran is expected to rule in the coming days on whether Israeli media outlets will be permitted to air Netanyahu’s address to Congress, which will take place two weeks before Knesset elections.

Joubran requested that Netanyahu personally respond by Feb. 1 to Meretz Party leader Zehava Gal-On’s petition that the speech not be televised on the ground that it would constitute electioneering. 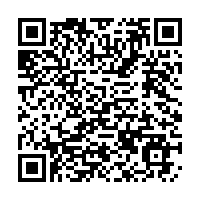