Jews in France want to have their “gateau” and eat it too, according to U.S. Treasury Secretary Jack Lew, who met in Paris with French Jewish leaders on Monday.

“What I heard was a real desire to stay in France and have France be a place where they felt safe,” Lew told Jewish media in a conference call from Poland. Lew was in Europe to lead a U.S. delegation to ceremonies marking 70 years since the liberation of the Nazi death camps at Auschwitz.


He said Chief Rabbi Haim Korsia and Union of Jewish Communities of France President Dr. Joel Mergui told him they “believe in France.”

Jewish leaders did not hide their communities’ mourning for losses resulting from the horrific terror attacks perpetrated earlier this month, Lew noted. But they had “deep convictions in the importance of the values they believe in, in France” as “we believe in, in the United States,” he told reporters.

The American official, who himself is an observant Jew, carefully avoided an mention of the controversial speech in Paris by Israeli Prime Minister Binyamin Netanyahu at the Grand Synagogue in Paris following the millions-strong unity march against terror.

Netanyahu and French President Francois Hollande – who had earlier requested the Israeli prime minister not come to the event in the first place – were both greeted by cheers from the crowd at the synagogue.

But the Israeli leader also reminded those gathered that the Jewish homeland remained available as an option to Jews who wished to consider an alternative and move away from growing anti-Semitism in Europe, in France.

“Any Jew who chooses to come to Israel will be greeted with open arms and an open heart,” he assured those gathered. “It is not a foreign nation, and hopefully they and you will one day come to Israel. Am Yisrael Chai!” (“The people of Israel lives!”)

Netanyahu was roundly criticized for what was seen as an escape option to French Jews on the heels of one of the bloodiest terror attacks the community has seen. But there were no secrets that day: not one person in the building was unaware of the growing danger to the Jews.

At an Israel Bonds gala in Florida, Israeli Ambassador to the U.S. Ron Dermer bluntly defended Netanyahu’s speech. “I am proud that my prime minister made clear to all French Jews that while they have the right to be protected in France, they will be welcomed with open arms in Israel,” he said.

It is impossible to deny that anti-Semitism is rising dramatically in Europe in general and in France in particular. In the past year alone the figures have doubled with nearly 1,000 anti-Semitic incidents reported. More than 230 involved outright violence.

In 2014, 7,000 Jews left France; the majority decided to make their homes in the Jewish State. The Jewish Agency for Israel told media earlier this month it expects to see as many as 10,000 French Jewish immigrants by the end of 2015, if not more.

Oddly, Rabbi Korsia told the crowd at the Grand Synagogue during Netanyahu’s visit, “The French people has done its duty. Until now, we always felt isolated. But that is not the case anymore… Now everyone must assume his or her personal duty.” After reading the names of all 17 victims of the past week’s slaughter, the rabbi said, “What would France be without fraternity?” 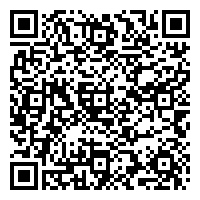