Ben & Jerry’s Ice Cream company has slammed a decision earlier this week by its parent corporation, Unilever, to sell the rights to its product to Israel-based American Quality Products.

The decision blocks the Ben & Jerry’s boycott of Israel and allows AQP owner Avi Zinger – who has been making and selling the product under license for 34 years — to continue to exclusively sell Ben & Jerry’s ice cream in Israeli communities in Judea and Samaria.


It was a less-than-sweet revelation for Ben & Jerry’s, which opposes sales in Judea and Samaria Jewish communities, referring to the region as “Occupied Palestinian Territory.”

We continue to believe it is inconsistent with Ben & Jerry's values for our ice cream to be sold in the Occupied Palestinian Territory.

In a statement released late Wednesday, Ben & Jerry’s said, “We are aware of the Unilever announcement. While our parent company has taken this decision, we do not agree with it.

“We continue to believe it is inconsistent with Ben & Jerry’s values for our ice cream to be sold in the Occupied Palestinian Territory,” the company wrote in a series of tweets.

Arizona State Treasurer Kimberly Yee, on the other hand, applauded the move but expressed disappointment that it “took this long.”

I am pleased that Unilever overturned the decision made by Ben & Jerry's and changed their course of action to boycott Israel as I had requested in September of 2021. I continue to be concerned about the woke decisions of Ben & Jerry's Board of Directors. See full statement: pic.twitter.com/GSoJWdR6uF

Agudath Israel of America likewise praised Unilever’s decision, which came after the corporation lost business in numerous states, which divested their pension funds from Unilever in response to the boycott, due to their anti-BDS (boycott, divest & sanctions) laws.

For its part, Unilever said in a statement on its website that its company will “no part” of an antisemitic boycott. Saying it has reached a “new arrangement for Ben & Jerry’s in Israel” the company said the move “will ensure the ice create stays available to all consumers.”

The new arrangement means Ben & Jerry’s will be sold under its Hebrew and Arabic names throughout Israel and Judea and Samaria under the full ownership of its current licensee, AQP Ltd.

“Under the terms of Unilever’s acquisition agreement of Ben & Jerry’s in 2000, Ben & Jerry’s and its independent Board were granted rights to take decisions about its social mission, but Unilever reserved primary responsibility for financial and operational decisions and therefore has the right to enter this arrangement,” the company wrote.

“Unilever rejects completely and repudiates unequivocally any form of discrimination or intolerance. Antisemitism has no place in any society. We have never expressed any support for the Boycott Divestment Sanctions (BDS) movement and have no intention of changing that position.

“Unilever is very proud of our business in Israel which supplies everyday household products to people across the country.

“We look forward to continuing to make a positive contribution to Israel’s economy and society for many decades to come, and hope that Israelis and Palestinians can reach a peaceful resolution of their conflict.” 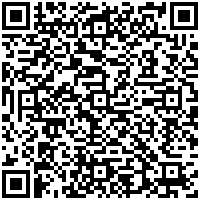