The legendary Ben & Jerry’s ice cream company – whose product is produced and sold in Israel as well – has joined the BDS (boycott, divest & sanction) economic war on the Jewish State and issued a statement saying it will no longer sell its product in the “Occupied Palestinian Territory.”

The company announced Monday, July 19, that its management believes “it is inconsistent with our values for Ben & Jerry’s ice cream to be sold in the Occupied Palestinian Territory (OPT). We also hear and recognize the concerns shared with us by our fans and trusted partners,” the company claimed in a statement on its website.


“We have a longstanding partnership with our licensee who manufactures Ben & Jerry’s ice cream in Israel and distributes it in the region. We have been working to change this, and so we have informed our licensee that we will not renew the license agreement when it expires at the end of next year,” the statement continued.

“Although Ben & Jerry’s will no longer be sold in the OPT, we will stay in Israel through a different arrangement,” the company said, adding, “We will share an update on this as soon as we’re ready.”

State of Israel: ‘Poor and Wrong Decision’
Israeli Foreign Minister Yair Lapid issued a statement in response to the announcement, calling the move a “poor and wrong” decision.

“Ben & Jerry’s decision is a poor and wrong decision. The company’s decision constitutes a surrender to ongoing and aggressive pressure from extreme anti-Israel groups,” Lapid said.

“The company is voluntarily cooperating with economic terrorism, led by the BDS movement; an anti-Israeli movement with antisemitic undertones.

“The decision is immoral and discriminatory, as it singles out Israel, harms both Israelis and Palestinians and encourages extremist groups who use bullying tactics. Not only does the decision not promote peace or a solution to the Israeli-Palestinian conflict, but it strengthens those who oppose reconciliation between the two nations and who call for the destruction of the State of Israel.

“Unilever’s announcement cannot hide the fact that it decided to allow Ben & Jerry’s, a company it owns, to immorally boycott Israel. It is turning a blind eye to an injustice, when its statement relies on contractual clauses, rather then express an unequivocal moral stance against the BDS movement.

“We call Ben & Jerry’s to withdraw its wrong decision,” Lapid added. “We are confident that this wrong decision will resonate among Israel’s many friends worldwide.”

No One Told the Kosher Supervision Partners
The Chof-K kashrut supervision organization that provides its kosher stamp of approval (hechsher) to Ben & Jerry’s ice cream in the United States was unaware this was about to unfold. A spokesperson for the organization told JewishPress.com they “found out in the past hour and are evaluating what this all means.”

So clearly, neither the global conglomerate which owns the company, nor the two original owners who still serve on what is now the board of directors for a Unilever subsidiary, had the grace to notify its kosher supervision partners.

Unilever Israel, B & J’s Israel Respond
Unilever Israel is trying to duck the fallout in a statement of its own in response to the announcement.

“The brand is run by a competitor’s business which owns the Ben & Jerry’s franchise in the Israeli market. Unilever Israel had no involvement in this decision. It was made by Ben & Jerry’s globally and its independent Board of Directors.

“We are very proud of our history in Israel and are fully committed to our long-term presence. We employ around 2,000 employees, the majority of which are in our factories in Arad, Acre, Safed and Haifa. In the last decade alone, the company has invested in the Israeli market more than NIS 1 billion, and will continue to invest in its people, brands, and business in the local market.”

The Israeli licensee, meanwhile, Ben & Jerry’s Israel, owned by Avi Zinger, meanwhile, issued a statement of its own.

“The international company has decided not to renew the agreement with us in about a year and a half in light of our refusal of their demand that we stop selling the product throughout Israel.

“We call on the Israeli government and the consumer public not to allow Israel to be boycotted. This is an unprecedented action on the part of Unilever, which owns Ben & Jerry’s International,” the company said.

Zinger appealed to Israelis in a separate statement not to stop buying his product. He is, after all, not the one to blame. Zinger said in a personal statement that he is Israel and would never boycott, not sell, in Judea and Samaria. “They have been pressuring [me] for years to stop.”

Incidentally, it is also the law: Zinger is prohibited by Israeli law from carrying out a boycott, which he told the global company.

Corporate Politics Not Likely
Ben & Jerry’s was started in 1978 by two Jewish hippies, Ben Cohen and Jerry Greenfield who opened an ice cream store in South Burlington, Vermont. The company was and is known for its social activism, fairness to its employees and respect for the environment.

However, a bit more than 20 years later, in 2001 the two “peace, love and freedom” activist entrepreneurs sold out to Unilever, a multinational corporate giant that has become the world’s third-largest consumer goods company, having been forced by what they said was “shareholder responsibility”.

Nevertheless, the two original owners and their social contributions are still alive and kicking in the company. According to the Stanford Social Innovation Review, although Unilever took control over the financial and most operational aspects of Ben & Jerry’s, the ice cream company had its own independent board of directors, which includes Ben Cohen and Jerry Greenfield.

Unilever agreed to contribute $5 million to the Ben & Jerry’s Foundation, to award employee bonuses worth a total $5 million, and to dedicate another $5 million to assist minority-owned and undercapitalized businesses.

Despite the corporation’s general ownership, Ben & Jerry’s is currently described on the Unilever website as a “wholly owned autonomous subsidiary of Unilever.” As such, Ben & Jerry’s is still linking its product and profits to social causes – in this case, the BDS boycott of the State of Israel.

Where’s the Cause on the Website?
One would expect to see the company’s deep concern over the cause of the Palestinian Arabs and its decision to join the pro-Palestinian BDS boycott of Israel.

Oddly, however, there is no mention on its website of the company’s commitment to ending the sale of its product in areas it refers to as the “Occupied Palestinian Territory” – areas already under Israeli sovereignty for more than half a century – like Judea, Samaria, the Golan Heights, the Jordan Valley and nearly half of Jerusalem.

In Judea and Samaria alone, there are more than half a million Jewish residents – many of them fans of the product up to this point.

But if the company was threatened with a massive economic boycott combined with demonstrations in front of every store selling its product in the US, UK and elsewhere, it is indeed possible that fear has triumphed over good business sense.

The international BDS campaign has socially and economically terrorized companies at least as large and some even bigger than Ben & Jerry’s.

It’s not clear precisely whose decision it was to refuse to do business with half a million Israeli Jews, but it’s clear that Ben & Jerry’s Ice Cream is willing to sacrifice its name as an advocate for equality in order to express its support for hatred of Israel, and Jews. 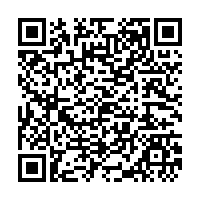