University of Haifa President Prof. Ron Robin has been appointed as the new Chairman of the Committee of University Heads of Israel (VERA), where he will serve as the leading voice for Israel’s academic community in countering the BDS movement.

Robin, a cultural historian and the author of six books, earned his Ph.D. in American History from the University of California, Berkeley in 1986. He was a faculty member at University of Haifa for over 20 years before serving as Associate Dean for Academic Affairs and then Senior Vice Provost at NYU. He returned to University of Haifa as President in 2016 and has since overseen the University’s new “multiversity” strategy, in which the school has broadened its socioeconomic impact as a multi-campus institution which eases access for students and adds vitality to its city and region.

VERA represents those seven research universities’ common interests in their relations with the government, the advancement of scientific research, and other key areas and issues within Israel’s higher education sector.

BDS has moved to the forefront of VERA’s agenda in recent years, as the anti-Israel boycott movement increases its influence on North American college campuses. University of Haifa itself has grappled with the challenge of BDS in the aftermath of the November 2018 vote by the faculty at California-based Pitzer College to suspend its study abroad exchange with the University. To date, more than 1,500 faculty members at over 250 American universities have publicly supported academic boycotts of Israel.

“While there is no denying the seriousness of the BDS threat, I will use my new position to work with my colleagues to show the world the strength and the inspirational quality of Israeli academics and innovation,” Robin said. “We will also promote the truths about Israel’s status as the only Middle East society which respects the values of free speech and academic freedom — truths that Israel’s detractors and BDS’s proponents so blatantly disregard.” 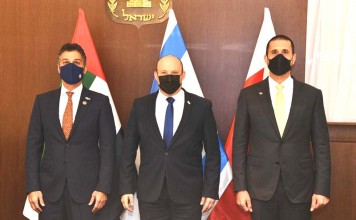 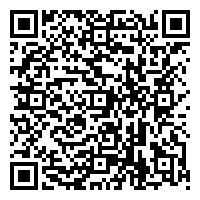