A few years ago, Shalom was wandering the streets of Israel after he was thrown out of his high school for refusing to come to class.  Now – only four years later – Shalom is completing a commander’s course is an elite unit of the Israel Defense Forces and already has dreams to study engineering after he finishes officer’s school. What can Shalom’s complete turn-around – from high school dropout to motivated and disciplined IDF commander – be attributed to?

The answer can be found about a thirty minute drive from Jerusalem, in a special center called “Menifa.”


Menifa- Leverage for Life is a nonprofit organization that was founded in Israel in 2004. The mission of the organization is to prevent at-risk youth from dropping out of high school and to reintegrate detached youth into normative frameworks. Menifa establishes learning centers in existing high schools for teens who are in acute danger of dropping out of school and for those who have already detached from the educational system.  These centers are alternative full-time learning programs for the struggling teens.  Since its establishment, Menifa has operated 130 such programs around Israel.

One of Menifa’s centers lies on a farm approximately thirty minutes away from Jerusalem.  This center accepts boys between the ages of fourteen and eighteen.  Most of them come from broken homes or from families who are in financial straits.  The boys in this program have been involved in either alcohol or drug abuse or other destructive behaviors.  Shalom is one of the boys who came to this center after having no other place to turn to.

Shalom struggled in a regular high school framework.  He was kicked out of school in the 11th grade and he did not know where he would spend the next year, until he received a call from a man named Ariel who introduced himself from the organization Menifa.  Ariel invited Shalom to meet him and learn more about Menifa.

“It turned out to be my best year of school,” Shalom explains. “The staff gave us the freedom to choose what we wanted to learn and how and when. We wanted to come out of choice and out of a desire to take responsibility.”

In addition to the regular academic courses that they are offered, the boys have daily activities that provide them with social and emotional reinforcement and help build their life skills. The boys also clean the center every day and prepare lunch as a group in the kitchen. These group activities help instill in the boys a sense of teamwork and responsibility for oneself and others.

The youth are drawn to the center because of its unique approach that places an emphasis on the staff-student connection and on interpersonal relationships. Every morning, the center’s life coach, Yaniv greets each boy with a giant bear hug, bringing an instant smile to their faces. He calls the boys each morning to wake them up and to make sure they come to the center. He also makes house calls where he visits the boys and meets with their parents to help strengthen the parent-child relationship.

The relationships that the students form with the staff play an important role in their rehabilitation and return to normative functioning. “One of the most powerful experiences for me was the many intimate conversations I had with Ariel [the center’s coordinator] and my life coach from Menifa,” Shalom explains.  “I spoke to them about issues that were bothering me in my life.  I always felt comfortable speaking with them at eye level, without fear that they would react negatively.”

“Before the end of the school year, I had much hesitation whether I should enlist in the IDF immediately or first enroll in a pre-military preparatory academy,” Shalom continues.  “After many deep conversations with Ariel, I decided to enroll in a preparatory academy with two other friends from Menifa.  I believe this was the most important decision I ever made in my life and I have no doubt that Menifa led me to this choice,” he says. 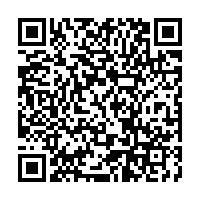