Deputy Defense Minister Eli Ben-Dahan has followed in the footsteps of Mayor Nir Barkat and has called on all citizens to carry their licensed weapons on them.

Ben-Dahan said we need to ensure that all terrorists are shot. He said it is difficult to stop someone who suddenly decides to stab someone with a screwdriver. So they need to know they will be shot in the end.


Ben-Dahan made the statement at the site of the terror attack in Tel Aviv. 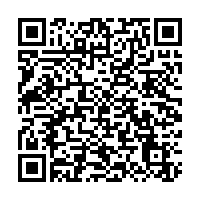