Minister of the Interior Ayelet Shaked announced on Tuesday her decision to change the municipal status of Maghar and turn it from a local council into a city, becoming the first Druze city in Israel, and possibly in the entire world.

During a meeting with the heads of Druze and Circassian authorities in the north, Shaked surprised the head of the Maghar Council Fareed Ganem by announcing her decision.


Maghar is a Druze-majority mixed town in northern Israel. It has a population of 24,000, consisting of 57% Druze, 23% Christians, and 20% Muslims. According to the approved plans, the city of Maghar is expected to grow to about 30,000 residents in the coming years.

Maghar’s patterns of population density and livelihoods are similar to those of an urban locality that ceased to be based on agriculture. As stated in the recommendations of the Western Galilee Geographical Committee, the Maghar Local Authority has advanced and implemented a number of planning, economic, and organizational processes that have enabled it to meet the Interior Ministry’s requirements for changing its municipal status to that of a city.

“The declaration of Maghar as a city is expected to affect the image of the locality and its attractiveness in everything related to local development in general and the development of employment and commerce in particular,” the Interior Ministry stated.

Shaked stated that she is “happy and excited to announce the first Druze city in Israel.”

“Any authority that proves itself in development, streamlining organizational processes, economic growth, and increasing self-income will receive assistance from us in growing and creating new capabilities,” she said.

“This is further proof of the brave and strong bond between the Druze community and the Jewish people. This partnership is reflected not only in security but also in civilian life,” she underscored.

The Druze, a religious minority in Israel, are known for their military courage and dedication to the State of Israel. About 85% of Israel’s male Druze population joins the Israeli military, and many continue their service beyond their release dates.

The Druze religion is rooted in Ismailism, a branch of Shiite Islam. Communities are mostly found in Syria, Lebanon and Israel. 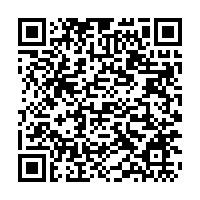