On Monday, just after 9 AM, a 57-year-old woman was walking with her children down Ben Gurion Street in Ma’alot-Tarshiha, when she collapsed on the sidewalk – right across the street from the local ambulance station and the home of United Hatzalah volunteer EMT Daniel Malka. A passerby called for help.

“This was the third medical emergency that I responded to this morning,” said Malka. “That’s a lot for our town. Thankfully, none were as serious as this one, and I am even more thankful that the woman survived.”


Malka, who was working from home that day, had already run downstairs and jumped on his ambucycle to respond to a different medical emergency, was told by the United Hatzalah dispatcher about the collapsed woman. He flicked on his lights and sirens and sped to the very nearby location, arriving at the same time as the two ambulance operators who were at the station.

“It took me less than 20 seconds to arrive at the scene,” said Malka. “We provided near immediate intervention and it made all the difference.”

Malka initiated compressions as the paramedics prepared a heart monitor and medications. As Malka and the two ambulance medics launched into CPR, they were joined by three other volunteers from United Hatzalah – local chapter head Oshri Eliyahu, and EMTs Eran Avraham Binyamini, and Shimon Cohen.

The assembled team rotated performing chest compressions and assisting with ventilating the patient, as well as drawing the medications the paramedic needed to administer. “We worked together as a team in the fight to save this woman’s life,” said Malka. “None of us wanted to imagine what would happen if she died, especially as she is so young and had collapsed right in front of her children.”

Due to the efforts of the combined team, that eventuality never came to pass. After approximately 20 minutes of CPR, the woman’s pulse returned and she began breathing on her own. Once her condition stabilized enough to allow her to be transported, she was taken by the ambulance team to the hospital.

“While I have been a volunteer EMT and first responder with the organization for seven years now and have performed dozens of CPRs, both successful and unsuccessful, I can certainly say that it is never easy to have to do something like this,” confessed Malka. “Performing CPR in front of the patient’s family, especially their children, is even more difficult. It is not something that we do every day. Today was intense, even by our standards, and I thank God that this one went our way and we were able to save this woman’s life.” 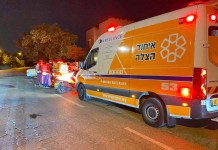 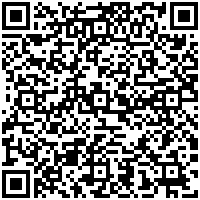