Some 500 Christians evangelicals,  mostly from United States, but also from Japan, Mexico, Germany, Bulgaria, Brazil and additional countries, gathered on the Haas Promenade in Talpiyot that overlooks the Old City, Mount Scopus and the Mount of Olives on Sunday afternoon to pray for the peace of Jerusalem.

The service is part of the Day of Prayer for the Peace of Jerusalem organized by Eagles Wings, a non-profit New York-based evangelistic movement that “advances three biblical mandates: actively praying and working for a just and lasting peace for Jerusalem and all her inhabitants, renewing the importance of spiritual community, and fostering understanding across cultural divides” according to the movement mission statement.

The gathering, which since 2002, has taken place on the first Sunday of every October, was streamed live to 90 million people in 22 nations, and was presented by Evangelical Christian leader Rev. Robert Stearns accompanied by singers, a gospel group and dancers.

“Year after year, we continue to see Christians rising up and standing with God’s covenant with Israel…  No other country in the Middle East would allow us to worship freely as Israel” he said welcoming the attendees.

“You are my inspiration,” Oren said. “Today we stand together to defend our common history, to defend this country  in the name of my government I thank you all.”

A group of 50 Japanese Christians, who were in Israel for the first time, also attended the event.

Ayako Laurence came with her two daughters and husband from the city of Sendai, northeast of Tokyo.

“We are here to bless Israel in its 70th anniversary and declare that Japan stands with Israel,” Laurence told TPS.  “Christians have to be connected with their Jewish roots to understand who we are,” she added.

Rev. Stearns also welcomed on stage Rabbi David Nekrutman executive Director of the center for Jewish-Christian understanding and Cooperation; Josh Reinstein  Director of the Knesset Christian Allies Caucus and also President of the Israel Allies Foundation, which coordinates the activity of 36 Israel Allies Caucuses;  and Rabbi Marc Schneier founder and president of The Foundation for Ethnic Understanding, a non-profit New York-based organization that focuses on improving Muslim–Jewish relations.

The delegation will also hold a service in Bethlehem to show solidarity with Arab Christians. 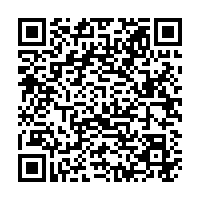