In a growing controversy, officials in the Manhigut Yehudit (Jewish Leadership) faction of the Likud party are alleging serious election irregularities and even fraud in the published final results of the primary race between Moshe Feiglin and incumbent Binyamin Netanyahu.

“There are big discrepancies between the official Likud results and the facts,” Michael Fuah, director-general of the faction said in comments to the Jewish Press. “It is clear that Likud did not conduct the elections in a fair manner . . . There are suspicions of fraud.”

Fuah has already filed a formal complaint with the head of the Likud Elections Committee, and the Feiglin camp is considering other measures, such as hiring private investigators to determine the extent of the alleged fraud.

“We can prove many instances of fraud,” Shmuel Sackett, co-founder and international director of the Manhigut Yehudit told the Jewish Press. “Here’s just one example – in Bet She’an, Likud’s official results stated that there were 1074 votes cast in total. But there are only 834 registered Likud voters in Bet She’an!” Sackett explained that whereas in past Likud primaries a member could cast his vote at any Likud polling station, the rules were changed for this particular election so that the members must vote in the city in which he is registered. “This is proof that they [Likud officials] were caught red-handed cheating!”

The Feiglin camp also took issue with the vote total at the Beit Shemesh polling station, which according to Likud statistics numbered 203 (126 for Feiglin, 77 for Netanyahu). “However,” Sackett said, “in the exit poll, we logged the entry and vote of at least 270 people. Regardless of the true number of votes Moshe received, the erasure of at least 65 votes should be cause for serious concern over the integrity of democratic mechanisms in Likud.”

Feiglin has also challenged the results from polling stations in Ma’ale Adumim and Tel Aviv.

According to published reports, Netanyahu received 77% of the votes and Feiglin 23%. If the allegations are true, the margin of victory would be significantly lower, with Sackett estimating that Feiglin may have received 35% of the vote.

While Feiglin and his camp acknowledge that the allegedly fraudulent results would not change the outcome of the election, Sackett insisted that an accurate accounting would reveal Feiglin’s tremendous popularity, as opposed to the current results that misrepresent Netanyahu’s mandate.

“More importantly,” Sackett continued, “the Jewish Leadership faction wants an honest Likud, not a party based on corruption and fraud.”

When asked about the allegations, Likud spokeswoman Noga Katz responded to the Jewish Press in an email: “The elections for Likud chairman were held in hundreds of polling stations across the country. Likud is currently working on entering the data of the votes cast at every polling station, and the Elections Committee will publish them on the Likud website as soon as all the voting data has been compiled.”

In the email, Katz denied that a complaint had been filed:”According to Likud’s constitution, challenges to the results of elections for Likud chairman are submitted to the Oversight Committee headed by retired District Judge Nissim Yeshaya, who will review them. An appeal has not yet been submitted; when an appeal is filed, it will be reviewed in due course.”

Is it a Desecration of God’s Name for a Jew to live Outside of Israel? – Israel Unplugged [audio] 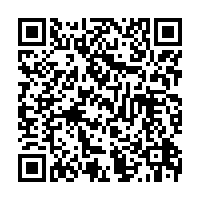