Another chapter has been added to the evolving saga of the torching of a mosque in Tuba Zangariya. On January 14, Basam Sawayed, an Arab resident of Tuba Zangariya, gave an interview in which he stated that it wasn’t a Jew who set fire to the mosque in their village. Sawayed claimed that those responsible for the torching were actually local residents. He said he was sure about his claim; no one would come from outside to commit such an act. A few hours later, his house was sprayed with automatic gunfire. No one was injured.

This latest incident is the most recent in a succession of peculiar events. Three months ago, on October 3, 2011, the residents of Tuba Zangariya awoke to discover their mosque on fire. Officials believe that arson was committed by Jews as an act of retaliation, one of the so called ‘price tag’ operations. Jewish suspects were arrested, all were immediately released, and none were subsequently charged. The torching generated much outcry and condemnation, and was used as political leverage by various parties.


The entire incident is shrouded in mystery, presenting a long list of questions and inconsistencies, while the answers actually support Sawayed’s claim.

The village of Tuba Zangariya is in the Galilee, far from Judea and Samaria, and several miles off the main highway. Why would someone make such an effort to go so far out of his way to get to this mosque, when he has many others on the way? Why was this one targeted specifically?

The burnt mosque is itself very close to the nearby homes. It is odd that no one smelled the smoke, heard the crackle of fire, saw the flames or was otherwise alerted to the fact that an adjacent building was on fire. The fire was so intense that the floor tiles exploded. Yet no one heard or saw anything?

Furthermore, how is it possible that no one noticed a suspicious unidentified vehicle approaching the scene in the dead of night? When this question was presented to local residents, they responded that they do usually notice unidentified vehicles, and so the alleged terrorists must have come from the surrounding fields by foot. The mosque itself sits on the crest of a steep hill. Approaching the mosque by foot would require a two hundred meter climb through boulders and thorns. That would not be easy to execute while carrying flammable materials. It is made more difficult if you have no knowledge of the landscape. It’s impossible to do so at night.

All these points may lead a keen observer to the conclusion that the mosque torching was in fact an inside job, perhaps the result of local tribal infighting. The alternative is to accept the official story, which depicts quite a ludicrous chain of events – Jewish terrorists traveling for hours to target this specific mosque, marching up a steep hill in the dead of night, through territory they are not acquainted with, setting a massive fire to a mosque, creating a roaring blaze which no else notices, and then hanging around waiting for the fire to produce writing material.

One must note that the town is known for its violence, smuggling, drug trafficking and tribal infighting. According to police data, over 330 indictments have been submitted recently against residents of Tuba Zangariya.

Tzvika Fogel, acting mayor of Tuba Zangariya, has stated several times that the residents of Tuba Zangariya have accumulated a dangerous amount of weapons that present a genuine threat. He believes the arson was committed by locals, and that we will never know who did it.

Until recently, none of the above questions were raised by the media. As of this writing, no politician or public figure has raised these questions, nor have there been any apologies for attacking an entire segment of the public with no real basis for the accusations. 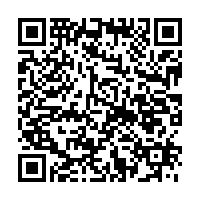