Tourism in Israel is booming. Despite figures from tourism research company IPK International that in 2017, 56% of people viewed Israel as one of the unsafest countries in the world to visit, hopes that the country will hit an all-time record of four million tourists by the end of 2018 are high.

At the first-ever International Tourism Security Summit, which was held in Jerusalem this week, tourism experts and academics from around the world met to discuss how to handle terrorist attacks at the world’s leading tourist destinations as well as how to communicate correctly in times of natural and national security crises; Rehabilitating reputation of destinations hit by disasters; and ensuring incoming tourism to capital cities worldwide.

“This elephant is here to stay,” he added.

Halevi explained that following terrorists attacks in recent years, the Tourism Ministry has put a “business as usual” policy into place, choosing to encourage routine and continue as normal. “Many countries shut down when in crisis, but Israel does not – it’s a mistake to shut down,” he said. “Belgium increased its tourism budget in the face of terror, where as France decreased its budget – we can see that Belgium is doing better.”

Concluding, Halevi said that taking the right measures “in times of crisis proves that tourism has the ability to overcome difficulties,” he said, adding that “we will continue to break records.”

Asked how Israel can put the “business as usual” model into practice on the ground, Prof. Eli Avraham, an expert in crisis communication at the University of Haifa, told Tazpit Press Service (TPS) that continuing with events and festivals and making sure there is increased safety and security at these events will encourage tourists and citizens to attend.

“I use to live in Jerusalem during the Second Intifada and people were afraid to come downtown, so what did the police do? They blocked main parts of the area and put police everywhere so that nobody who was a threat could get inside without being checked,” he recalled.

“It’s all about emotion and all about what people feel – it’s not about the reality, the reality doesn’t matter here at all. The idea is to give [people] the feeling that events will continue and we’re doing the best we can and to do them in a closed space where people can be monitored. It is a challenge but we can do it,” Avraham said.

Keynote speaker Brig.-Gen. (Ret.) Avi Benayahu, who served as a former IDF spokesman, echoed the sentiments of “business as usual.”

“Tourism is more accessible to terrorists. The biggest terror attacks have taken place at airports, hotels, and tourists places,” he said. “For many years we [Israel] were ignored – terrorism was a snake that was swept under the carpet. The snake of terror has grown and fattened, became independent and is currently threatening to strike Europe, which has been feeding it, but now understands Israel better.”

“This is the first time that the subject [of tourism security] is on the agenda for the purpose of discussing the issue, sharing knowledge, experience and insight to defeat terrorism.”

Benayahu made it clear that Israel has the tools to help the world deal with terrorism and improve tourism security.

Asked about how Israel is contributing to the field of tourism security Ilanit Melchior, director of tourism in Jerusalem told TPS that sharing ideas and perspectives at the conference is what will help other countries develop the tools to better security for tourists and deal with crisis situations.

“The idea of this conference is to do just that,” she said. “There are many countries that are limited in know-how when dealing with terrorism and tourism security, but Israel has always been more security focused. There are people from many countries here and with this summit we are opening the dialogue, and sharing our knowledge. We are working together to develop a tool box for tourism security and for crisis situations.” 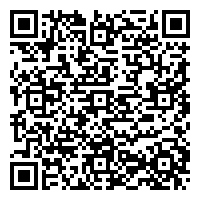