Recent excavations conducted by the Israel Antiquities Authority together with local youths from Dimona in southern Israel, discovered a Middle Paleolithic flint knapping site that, according to researchers, existed between 250,000 and 50,000 years ago.

Knapping is the shaping of flint or other stones through the process of lithic reduction to manufacture tools, strikers for flintlock firearms, or to produce flat-faced stones for building or facing walls and flushwork decorations.


The excavations were conducted in preparation for the construction of a solar energy field and funded by the Electric Company. The prehistoric site was uncovered with the help of youths from the city, who worked in summer jobs at the excavation during the economically challenging period of the Covid 19.

The newly discovered site is small. Prehistoric humans seemingly arrived here in order to access the abundant natural flint, from which they made their tools.

The site is unique because of the flint knapping technology, known as “Nubian Levallois,” which originated in Africa. Researchers trace the path of this technology in order to understand the migration routes of modern humans from Africa to the rest of the world, about 100,000 years ago.

According to the excavation directors Talia Abulafia and Maya Oron from the Israel Antiquities Authority, “this is the first evidence of a ‘Nubian’ flint industry in an archaeological excavation in Israel. The knapped flint artifacts remained right in the original place where the humans sat and created the tools.”

“This manufacturing is identified with modern human populations who lived in East Africa 150-100 thousand years ago and migrated from there around the world,” they said. “In the last decade quite a few Nubian sites have been discovered in the Arabian Peninsula. This has led many scholars to claim that modern humans left Africa through the Arabian Peninsula. The Dimona site appears to present the northernmost example of Nubian flint output found in situ, thus marking the migration route: from Africa to Saudi Arabia, and from there, perhaps, to the Negev.”

The excavation took place while dealing with the challenges presented by Covid 19. According to Svetlana Talis, Northern Negev District Archaeologist at the Israel Antiquities Authority, “Dimona is one of the most severely affected towns in the second wave of the Corona outbreak and was even on the verge of a lockdown. After wondering what to do about summer holidays, local youths from Dimona came to the excavation to work and help their families, and to uncover a site of particular importance. All of this is part of a project promoted and directed by the Israel Antiquities Authority in recent years, which seeks to bring our youth closer to their own cultural heritage.” 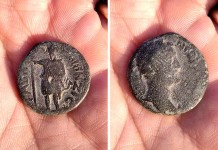 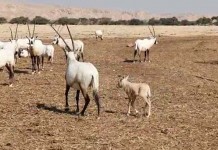 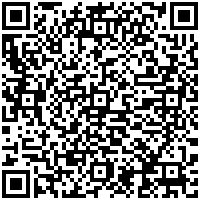