Moshe Arens, revered as one of Israel’s most prominent politicians, passed away at his home in Savyon on Monday morning, a few days after his 93rd birthday.

Arens served as a Member of the Knesset for the Likud party between 1973 and 1992 and again from 1999 until 2003. He served as Minister of Defense three times and once as Minister of Foreign Affairs. Arens has also served as the Israeli ambassador to the US.

Arens was born in Kaunas, Lithuania, in 1927. His Family immigrated to the US in 1939. During World War II, Arens served in the US Army Corps of Engineers as a technical sergeant.

He entered politics after the Yom Kippur War in 1973, becoming one of Israel’s most respected leaders.

While serving as the Israeli ambassador to the US, Arens was responsible for setting Benjamin Netanyahu on his path toward political stardom.

Netanyahu stated Monday that “my wife Sara and I weep bitterly over the passing of someone we loved dearly, the late Moshe Arens. Misha (Arens’ nickname), my teacher and mentor, was an outstanding student of Zeev Jabotinsky. In this framework he knew my father, who was present at his wedding to his dear wife Muriel. Since then there has been an abiding bond between our families.”

“I watched Misha do amazing things to build up the standing of the State of Israel time and again – as ambassador in Washington, Foreign Minister, Chairman of the Knesset Foreign Affairs and Defense Committee, and Defense Minister.”

“In recent years he dedicated himself to endlessly watching over the documentation of the full story of the Warsaw Ghetto Uprising, in which Betar members had a central role.”

“Several weeks ago I visited Misha in his home He was lucid as always, sharp as a razor, marvelous in the splendor and nobility of his soul, an exemplary individual. There was no greater patriot. Moshe Arens’ great contribution to our people and our state will be remembered forever.”

“Rest in peace Misha; you were very dear to me. I loved you as a son loved his father,” Netanyahu concluded.

President Reuven Rivlin said “Misha was one of the most important leaders of the Herut movement. A man of honor who never flinched from the fight. Misha was one of the most important ministers of defense the State of Israel ever had. He was not a commander or a general, but a devoted man of learning who toiled day and night for the security of Israel and its citizens.”

“Misha worked his whole life in key positions to ensure Israel’s development and success – as a member of the Etzel, as a scientist and engineer, as a statesman, as an ambassador and as a manager of the most important industries for Israel’s security. His important contributions to correcting the historical record regarding the role of the Jewish Military Union (ZZW) in the Warsaw Ghetto uprising will also never be forgotten. ”

Misha was a man of bravery, determination and unbounded love for our country. With the honor and nobility of a Beitari, his internal compass and Zionist vision showed him the way in everything he did. May his memory be a blessing,” Rivlin stated. 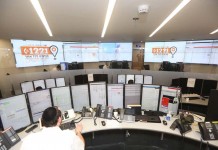 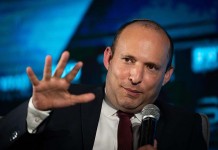 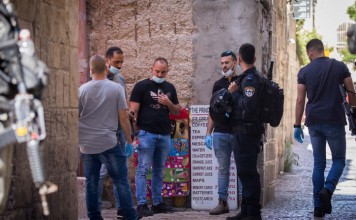 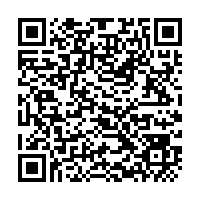