After the government approved last week the establishment of the new ultra-Orthodox city of Kasif in the Negev and the community of Nitzana, the government is expected to approve 10 more towns in the Negev this coming week, Minister of Interior Ayelet Shaked and Minister of Housing and Construction Zeev Elkin announced Wednesday.

Shaked and Elkin will bring to the government’s approval this Sunday a final decision for the establishment of five new towns, the “Mevo’ot Arad” bloc.

“The establishment of the new communities is a key stage in the development of the Negev and they are of national importance in the eastern metropolis of Be’er Sheva and north of the city of Arad,” Shaked and Elkin said in a joint statement.

In addition, the first government decision to establish five additional communities along the Beer Sheva-Dimona axis on Route 25 will also be approved. The government will discuss issuing a directive to examine the establishment of the five additional new towns and an employment area.

The decisions “constitute a significant step in strengthening settlements in the Negev and with an emphasis on the eastern Negev, which constitutes an area of ​​national strategic importance,” the two ministers stated.

Shaked said that “on Sunday, a historic and exciting government decision will be passed that is of strategic and national importance and that will give significant force to the strengthening of communities in the Negev.”

“Ten new localities in the Negev are the Zionist enterprise in all its glory,” she declared. “We will continue to make the wilderness bloom in the Negev and fulfill Ben-Gurion’s vision.”

Elkin added that “the establishment of new settlements will move residents from the center of the country to the south, strengthen the Negev economy and increase the security of the residents throughout the region.” 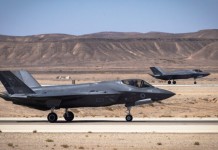 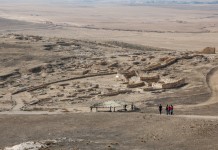