On Monday, Israel’s government cabinet approved a proposed financial compensation for the bereaved Yemenite, Mizrahi and Balkan families whose children were taken away from them during the formative years of the Jewish State, shortly after their arrival “on the wings of eagles” in the rescue flights to extract the small remnant of God’s People in a final aliyah mission from Yemen.

The subsequent disappearance of hundreds of small Yemenite children was among the most painful affairs in the history of the State of Israel, Prime Minister Benjamin Netanyahu acknowledged in a statement issued Monday.


“The time has come for the families whose infants were taken from them to receive recognition by the State and Government of Israel, and financial compensation as well.

“The compensation will not atone for the terrible suffering that the families went through and are going through. This is unbearable suffering. The families, whose suffering is too great to bear, must receive a little of the consolation that they are due,” the prime minister said.

“I would like to ask the Education Minister to include the Yemenite children affair in the textbooks of Israeli schoolchildren; this affair must be recognized. I thank the ministers and MKs, and former MK Nurit Koren, who were active on this issue, and Prime Minister’s Office Director General Tzachi Braverman who successfully led this issue.”

The investigation into the matter has yet to be concluded, and the whereabouts of nearly all those who disappeared is still not known. The parents of the babies are nearly all dead; many of their siblings also have reached old age; like their parents, some siblings are no longer alive to fight for the rights of their long-disappeared brothers and sisters. But the anger and despair that haunts those still alive to remember has not abated.

Israeli government officials on Monday “recognized” the “painful affair” but still managed delicately to avoid the messy business of apologizing for the despicable actions of its political forbears decades earlier.

“In this decision, the government of Israel recognizes a painful affair that has been seared into the annals of the state, the investigation of which has yet to be concluded,” said Finance Minister Israel Katz.

“We will act to fully utilize the rights of the members of the grief-stricken families, who have carried this pain with them until today. Thus we will begin to heal, if only a little, the wounds of history. Alongside this, we will work to move forward on commemorating the glorious history of Yemenite Jews, which is entwined forever in the history of our people.”

In the framework of the decision that was approved, the Israeli government expresses regret over the events that occurred in the early days of the state and recognizes the suffering of the families whose children were part of this painful affair.

The Cabinet approved the outline for NIS 162 million in financial compensation for the families that were hurt, as follows:

Compensation of up to NIS 200,000 was approved for members of the family that was hurt, in the event that the most recent commission concluded that the fate of the child was unknown.

It was also decided that family members who were determined by one of the three commissions that dealt with the affair (the committee of inquiry on revealing the Yemenite children; the committee on clarifying the fate of the missing Yemenite children; and the state commission of inquiry on the disappearance of Yemenite immigrant children from 1948-1954) to be related to a child who died or whose fate is unknown, will be able to file an application for financial compensation during the period from June to November 2021. The decision was formulated by the Finance and Justice ministries. 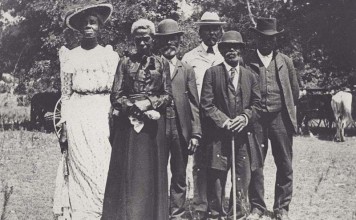