Israeli Health Minister Yuli Edelstein gave a pointed reminder to the producers at NBC and Saturday Night Live on Monday in a response to the antisemitic “joke” delivered during the program this past Saturday night by “comedian” Michael Che, accusing Israel of vaccinating only its Jewish population.


“I inform you that antisemitism is not funny,” Edelstein wrote in a statement on his Twitter account. “It is dangerous and false. In Israel, we have vaccinated more Arabs than most countries in the world. Satire is meant to be entertaining, not shocking. Your “joke” is an antisemitic lie that can have dangerous consequences in a country where two and a half years ago, 11 Jewish worshipers were murdered just because they were Jews.”

On @nbcsnl one of the most watched shows in the US, they joked about Israel vaccinating "only Jews" this week.
As an Israeli Arab, I can confirm that not only is this not true, but it's also not really funny either.

Edelstein was referring to the 2018 slaughter of 11 Jewish martyrs at the Tree of Life Synagogue in Pittsburgh, Pennsylvania by Robert Bowers, 46, a racist goon who posted antisemitic conspiracies on social media and who was committed to killing Jews simply because they were Jews.

One year later, 19-year-old John Earnest walked into a Chabad synagogue near San Diego and opened fire, killing Lori Gilbert Kaye, 60, and wounding three others, including the rabbi, on the last day of Passover. Earnest cited the Tree of Life Synagogue killer as his inspiration along with a mass murderer in New Zealand.

That same year, in December 2019, a man swinging an 18-inch machete entered the home of a Hasidic Rebbe in Monsey New York during a Hanukah party and began stabbing guests. Five people were wounded, two in critical condition, and one eventually died of his wounds. Investigators found handwritten journals in the attacker’s home with material about Nazi culture, Adolf Hitler and drawings of a swastika and a Star of David. 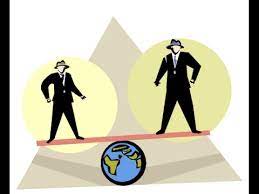