The Israel Defense Forces has acknowledged carried out 200 strikes in Syria in the past 18 months, according to the annual report recently submitted by IDF Chief of Staff Gadi Eizenkot to the government. But that number rose by three this week: Actually by two, plus the one Tuesday evening, if the evening’s reports are accurate.

The attack allegedly was aimed at a target in Masyaf (Hama), a site where a large research facility has been bombed in the past.

1. Several confirmed strikes in #Masyaf #Hama, a location which has previously been frequently been targeted by #Israel, large research facility there

2. Reports of strikes in #Banyas with two rockets reportedly landing

Social media in Lebanon quoted witnesses who posted footage of what they claimed were Israeli F-15 or F-16 warplanes in the sky flying low before an attack aimed at targets in Syria. Syrian media claimed the country’s air defenses intercepted Israeli missiles attacking the site.

A second military site is allegedly being used for missile development by the Iranian Revolutionary Guards Corps (IRGC), in the vicinity of the city of Banyas, south of Latakia on the Mediterranean coast in western Syria. That site was also bombed, according to local reports.

Unverified sources claimed that explosions heard at Mezzeh air base Sunday night were missile attacks fired by the Israeli Air Force, which resulted in more than 70 casualties, including IRGC and Syrian Arab Army (SAA) personnel.

#BREAKING #NOW
Targeting of another military site for missile development belonging to the Iranian Revolutionary Guards in the vicinity of the city of #Banyas in western #Syria by Israeli warplanes.#Israel #IDF #Iran #IRGC #USA #Russia pic.twitter.com/9ANn2Tu7Im

The “Top Secret” document is submitted annually to the prime minister, the defense minister, members of the political security cabinet and the members of the Knesset foreign affairs and defense committee. This year, it detailed the action taken by Israel to prevent Iran from establishing any further military foothold in Syria, and included the information that some 200 strikes were carried out in the country.

Iranian forces were also moved back to a position about 50 miles from Israel’s northern border, in accordance with an agreement made between Israel and Russia. But they are still moving freely elsewhere around Syria.

In addition, the report contains information on the situation on Israel’s southern front, and in Gaza, where intelligence sources have said that both Abera Mengistu and Hisham a-Sayyid, two Israeli civilians are still alive and held hostage by Hamas.

The IDF maintains the position that all measures must be considered in the effort to retrieve the bodies of fallen soldiers Hadar Goldin and Oron Shaul, both still being held by Hamas as well. 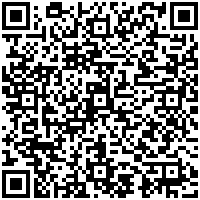