Egyptian authorities arrested a local man Tuesday after a botched attempt to blow up the U.S. Embassy in Cairo.


No casualties were reported in the attempted attack, which took place in the Garden City neighborhood of the capital, next to the British Embassy. Both buildings are heavily fortified. The Embassy of Israel does not yet have a new building after the previous structure was attacked by a mob on September 9, 2011.

Egypt’s Interior Ministry said Sameea intended to use the chemicals in a “hostile” act but offered no further details.

Police were shown arresting the suspect in a video posted on social media. He was led away after a search in which shoes and pants were stripped off.

American citizens were advised in a tweet by the U.S. Embassy warning of a “reported incident” near the building to avoid the area. Within an hour, the embassy tweeted that police had completed their investigations at the scene and that the embassy was resuming normal business.

[1 of 3]
• We are aware of a reported incident on Simon Bolivar Street in Cairo. Please avoid the area and monitor local media for updates. We are aware of reports that public transportation near the area has been disrupted due to the incident. Please exercise caution.

[2 of 3]
•U.S. Citizens should/not come to the Embassy at this time. Please email ConsularCairoACS@state.gov with any questions.
•U.S. Citizens: Sign up for Smart Traveler Enrollment Program (STEP) for security updates at https://t.co/UMoke72V75.

• Police have finished their investigations at the scene of the incident. The Embassy is resuming normal business. Please Sign up for Smart Traveler Enrollment Program (STEP) for security updates at https://t.co/UMoke72V75. 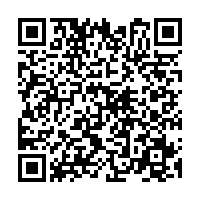